​Newcastle United boss Steve Bruce has backed the club's misfiring forwards to turn their fortunes around and start scoring goals.

The Magpies have invested heavily in a new front line over the past two transfer windows, with Allan Saint-Maximin, Miguel Almirón and Joelinton all arriving for a combined fee of around £77m - however only the latter has found the net so far, and even then only once.

Only rock bottom ​Watford have registered less goals than Newcastle so far this campaign but Bruce has backed his new arrivals to get back to scoring ways soon. "When you're taking somebody [from a foreign league], it's very difficult for them to adapt straight away," Bruce claimed prior to his side's game against ​West Ham on Saturday, quoted by ​The Sun.

“There's not many who hit the ​Premier League running. The big thing, of course, is confidence. [Saint-Maximin, Almirón and Joelinton] are young, they will get better and it’s up to me and the coaching staff to try and bring out the best in them.”

Bruce also backed the more experienced Andy Carroll, who was signed on free transfer in the summer from the Hammers, to similarly improve.

Fitness issues have restricted the former England international to just 89 minutes of Premier action so far this season but his manager claimed that he does not regret bringing the injury-prone 30-year-old to St James Park. 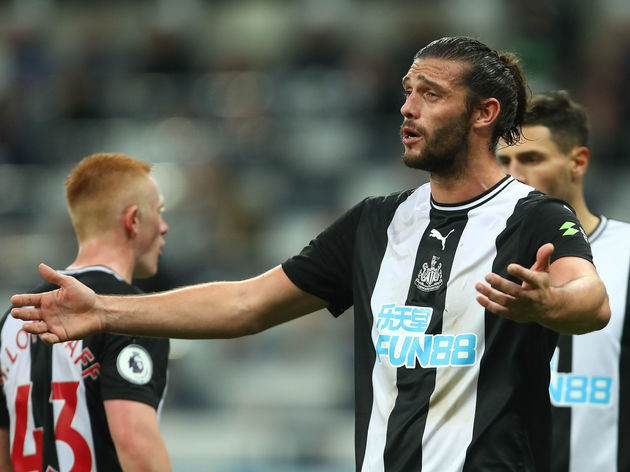 “I know he had a disappointing time at West Ham, mainly through injury.