Should Rafa Blame Himself For Substitutions? 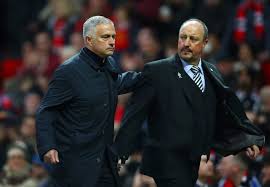 The dejection in Rafa Benitez's voice couldn't be disguised as he tried to offer an instant verdict on Newcastle United's agonising loss at Old Trafford.

After defeats like this it can be hard to make sense of what you have just witnessed with the adrenaline still pumping hard around the veins.

But Benitez refused to delve into a postmortem and instead looked to offer some public support for his young players.

With a host of national journalists in the room and the dust still settling from a meeting with Mike Ashley, perhaps Benitez feels that he still has a chance of persuading the owner to spend in January.

Therefore he opted against making a scene.

Newcastle are crying out for experienced players, though.

As you looked around the pitch at full-time your heart could only go out to many members of the current side.

Jacob Murphy looked shell-shocked at what had happened, Jonjo Shelvey was inconsolably slumped on the floor while Kenedy looked on in despair after being forced off when his side had been 2-0 up.

As his players looking crestfallen as the trooped out of Old Trafford and on to the team bus, Benitez was speaking to the written media in the Press auditorium behind the main stand.

He was asked whether a that little bit of extra experience in the side - something Mike Ashley refuses to pay for - would have helped on the night.

But Benitez replied: “Tonight is not the night to complain about the players.

"They did great, it’s just something we need to learn for the future.

"The team was in control of the game for a while, but perhaps we have to manage the situation a little bit better if we can."

At both 2-0 and 2-1 up, Newcastle did have the ball enough to run the clock down and eat up more valuable seconds than they did.

But they kept going for the jugular and rather than retaining the ball in the corners, something that would have rattled Man United immensely as they chased the game, Newcastle kept trying to create chances.

Rather than hold on to the ball from corner kicks the same old fashioned free-kick was whipped in by Shelvey looking for the head of Jamaal Lascelles - and it failed almost every time in the second half.

Newcastle needed to be smarter in the last quarter of the game and there naivety left the door wide open for Man United to punish them.

Benitez felt that Man United had the edge in the final stages though with four forwards running at his side at the Stretford End.

He added: "You have to give credit to Man United.

"It was the players they had on the pitch and the pace, the size, the ability, the power, everything.

"It was very difficult to stop them playing.

"We did it, and we played very well for a while.

"We cannot complain about the players – we just have to learn for the future and carry on with the same team spirit and way to play."

Benitez then urged for calm and insisted his side will soon start picking up results if they keep going like this.

He concluded: "We have to stay calm and be sure we continue working in this way, because we will win games if we play like that."