Now aged 21, Longstaff has grown to be a first team regular with the Magpies since making his Premier League debut against Liverpool on Boxing Day. He has started Newcastle’s last 11 matches, putting in man of the match-worthy performances and scored his first league goal against Burnley a few weeks ago. Longstaff joined his hometown club when he was seven-years-old and has recalled the moment when ​Newcastle youth coaches told the youngster he wasn’t good enough to gain a professional contract.
​

Reported by the ​Daily Mail, Longstaff said: “I remember the Under-23s coaches saying, ‘You’re not one of the top players, we’re only going to give you a scholarship’, I was 18, I wanted to be a first-year pro. I had an opinion of myself but theirs was different.”
​

The midfielder was sent out on loan to both Kilmarnock and Blackpool where he gained valued experience, playing 62 games in two years. He revealed that he aimed to prove that he could make it as a top flight footballer. 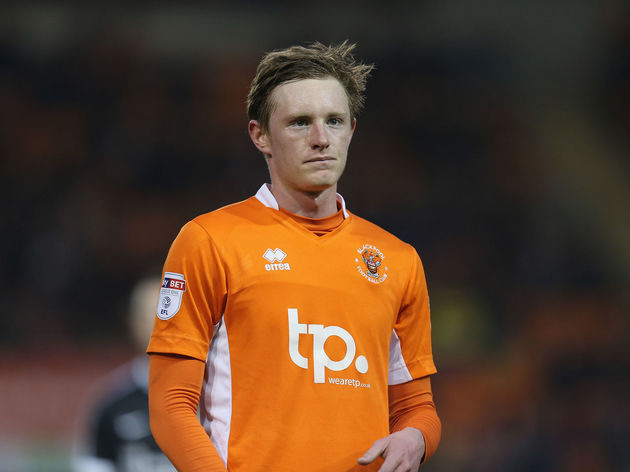 ‘It wasn’t about the money. Saying that, I went on loan to Kilmarnock on £300 a week - after tax and stuff I literally had nothing left.
​

“But it motivated me. I wanted to look back and say to those coaches, ‘You’re wrong, I’ll be the one who kicks on and makes it’. Only I could change that opinion,” He added.
​

Longstaff’s persistence to proving his doubters wrong has paved his way to becoming a first team regular in the ​Premier League. He has been gaining plaudits from England legends Alan Shearer and Gary Lineker as well as ​Manchester City boss Pep Guardiola.

What an impressively mature performance from Sean Longstaff. Another young English talent making huge strides in the Premier League. 

“I was in shock when they first did that, I didn’t know how to respond, it was crazy,” Longstaff revealed.
​

The midfielder’s fine form has put him in the same shortlist as ​Paul Pogba and ​Sergio Aguero for the Premier League’s February Player of the Month award. Unfortunately for Newcastle fans they will also be waiting to find out the ​extent of the injury Longstaff sustained during the 2-0 defeat to West Ham at the weekend.

OFFICIAL: The Premier League February Player of the Month nominees:

Who deserves to win? pic.twitter.com/qQmvHHJvxO

Despite only nine Premier League games under his belt, Longstaff has already been touted for a call-up to the national team set-up. The youngster though has yet to be involved in any of England’s squads at youth level.
​

“If it happens then great, it won’t affect me if it doesn’t. I’ve never been with England so I’m used to not being involved.
​

“My age group is strong, they won the World Cup in 2017, so it’s strange seeing my name linked. I suppose it shows the progress I’ve made,” said Longstaff. Longstaff’s progress over the past few months has been outstanding and credit to a youngster who was always out to prove doubters that he will make it in the professional game.