​Newcastle United youngster Matty Longstaff is reportedly set to sign a new contract with his hometown club in the coming weeks, but his brother Sean will have to do more over the next twelve months to earn a fresh deal.

The rise to prominence of the Longstaff brothers has been one the Premier League's most heartwarming stories this season, after Matty scored the winner on his debut against Manchester United, before going on to start the next two games alongside his elder sibling.

Matty's contract is set to expire at the end of this season and it is thought that the Magpies are keen to tie him down to new deal after his impressive breakout season so far.

However, according to reports from ​Telegraph Sport, negotiations with Sean have been far less progressive, as ​Newcastle are reluctant to offer him a new deal that would make him one of the club's highest earners.

The 22 year-old put pen to paper on a new contract extension that will keep him at St. James' Park until 2022 just last year, and it is thought that manager Steve Bruce wants to see more before he offers the player an improved deal.

It is understood that although Bruce boss isn't disappointed with Sean's performances, the former Sunderland and Hull boss still feels Longstaff hasn't hit the heights of his own impressive breakthrough campaign last season. 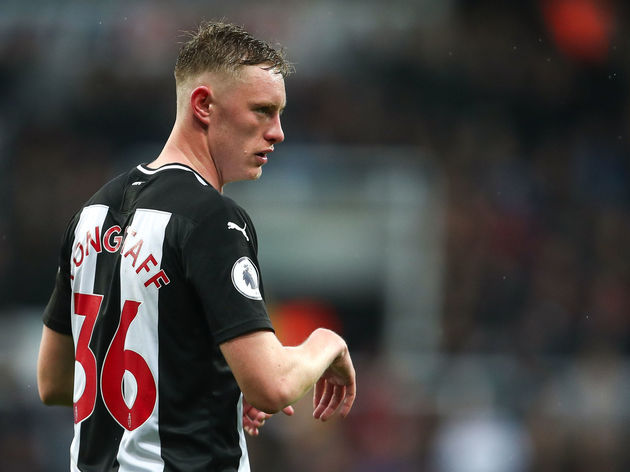 After being included in the first team under Rafa Benitez, the elder of the Longstaff's form allowed him to establish himself as a key starter, before a serious knee injury curtailed his development in March.

The news of contract troubles may well perk up the interest of ​Manchester United who were ​linked with a £30m move for the former Blackpool loanee over the summer.

However, it is thought that neither Longstaff brother is looking to leave the club in a hurry, and that contract talks with Sean will reopen in the summer.