Salomon Rondon Insists He Works Well Under Pressure After Deciding to Wear Newcastle No. 9 Shirt

​Newcastle striker Salomon Rondon believes he 'works well under pressure' after deciding to wear the club's famous number nine shirt upon his arrival.

The 29-year-old is on loan at St. James' Park for the season from West Brom, with the Venezuelan striker netting four goals in 13 Premier League games this campaign.

While there is a lot of pressure to wear the number nine for the Magpies, having been made immortalised by the club's and ​Premier League's record goalscorer Alan Shearer, Rondon insists it's a pressure he likes to work under. 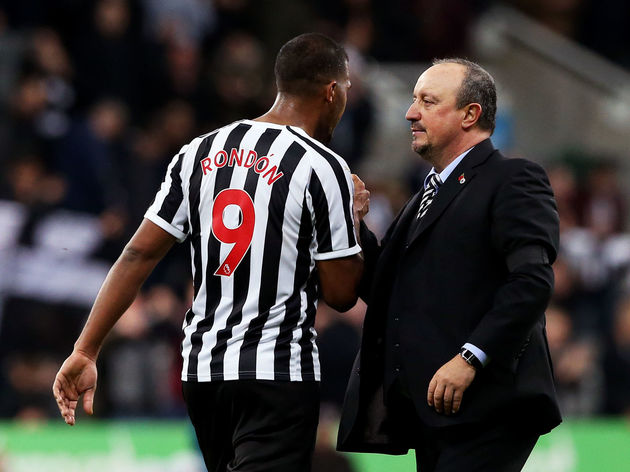 "It is a lot, but it's a pressure that I like. I work well under pressure because that's when the most is demanded of you and it obliges you to give your maximum."

​Newcastle are currently 15th in the Premier League ahead of their Boxing Day fixture, which sees manager Rafael Benitez return to Anfield to take on ​Liverpool, with Rondon under no allusions about how difficult it will be to take points from the game.

Thank you for the Player of the Month award but especially for your support. We keep fighting together! ⚫️⚪️ #NUFC
Gracias por el premio pero sobre todo por su apoyo. ¡Seguimos peleando! pic.twitter.com/MwNYzaN4B7