Salomon Rondon's season-long loan at Newcastle United is coming to an end, with the striker admitting he may have played his final game at St James' Park.

The Venezuela international has been spent the season on loan from West Bromwich Albion and Rondon has revealed his ambitions of staying on Tyneside, though he insisted that he remains in the dark about which striped shirt he will be wearing next season. 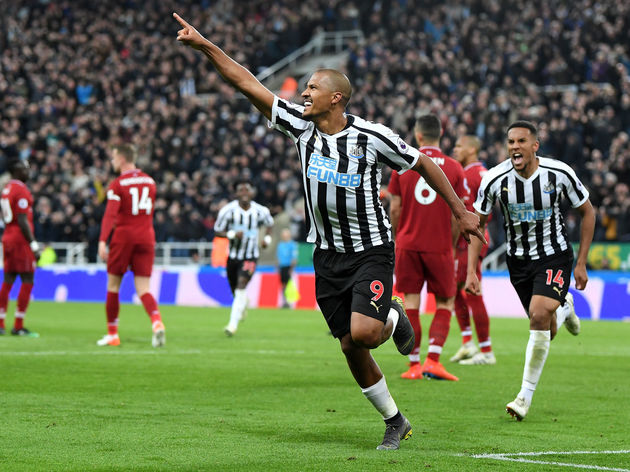 When asked if Saturday's dramatic defeat to ​Liverpool was his final appearance at St James' Park, ​Rondon told ​The Independent:

That would be a shame for my family because they are settled here. But this is football, sometimes it happens, sometimes you have to decide. It is out of my hands and I will have to wait."

Manchester City and Liverpool have the two best defensive records in the Premier League.

Rondon's loan spell at ​Newcastle has been a successful one, with the striker's goal tally reaching double figures for the first time in the Premier League thanks to his fierce strike against Liverpool on Saturday.

His parent club ​​West Brom remain in contention for promotion to the Premier League after securing a play-off spot, and the 29-year-old has acknowledged that his future may depend on the Baggies returning to the top flight, as well as the ongoing uncertainty over the future of Newcastle boss Rafael Benitez.

“At the moment, I have to wait and see if West Brom get promoted or not,” he explained.

“This is the first reason. If they are promoted or not, I have to go back there. There are many things – Newcastle, West Brom, Rafa, me. The only thing I can say is that I have to wait.”

Rondon may be forced to wave goodbye to the Geordie faithful at Craven Cottage when they take on ​Fulham at 3pm on Sunday to bring the curtain down on a positive season for the player and for Newcastle, who staved off relegation once more.