Former Newcastle United teammates Georginio Wijnaldum and Moussa Sissoko will go head to head in the Champions League final next month, but things could have been so different if Rafael Benitez had his way back in 2016.

Wijnaldum scored twice as Liverpool overturned a 3-0 deficit against Barcelona to secure a place in a second successive final, while Sissoko's Tottenham also came from three down in their semi-final tie against Ajax to reach their first ever Champions League final.

Three years ago, it would have been near inconceivable to most ​Newcastle fans that these two players would be competing for European football's biggest prize - although both were popular at St James' Park. 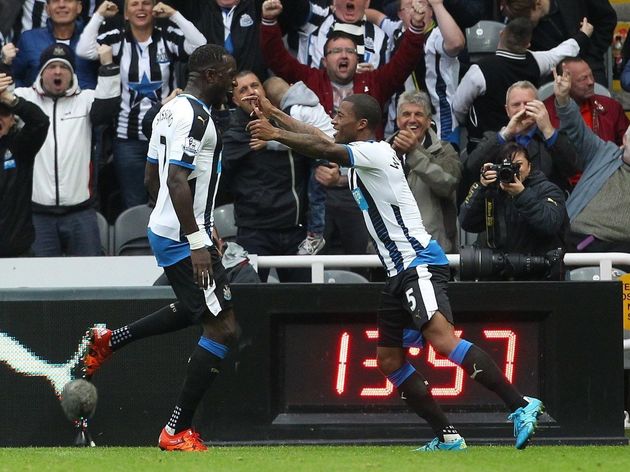 It turns out Rafa Benitez did his utmost to keep the two midfielders following the Magpies' relegation to the Championship.

As reported by ​Chronicle Live, Benitez attempted to persuade ​Wijnaldum to stay on Tyneside and lead Newcastle to an immediate return to the top flight, but the Dutchman understandably favoured a £25m switch to ​Liverpool.

At the time, Wijnaldum revealed:

"He didn’t want to sell me but he said that if a great offer came in they would think about it.

This team ❤️ So incredibly proud of all of you, thank you  #ThisMeansMore #YNWA pic.twitter.com/u40BxN7wPV

"He wanted to keep me there.

Sissoko, however, had set his sights on a big money move and was forced to wait until Deadline Day for a £30m transfer to Spurs to materialise.

"I went on holiday, and everyone knew I wanted to leave Newcastle to go to a bigger club, play in the Champions League and compete for titles," the 29-year-old admitted.

In spite of Benitez's best efforts, it's clear the midfielders made the right call, though no one could have foreseen the heights both players would reach upon leaving Tyneside.

If you told me back in 2016 that one of the men in this photo would be a Champions League winner within three years I'd have wanted to know just how much Barcelona paid for Jack Colback. pic.twitter.com/QemIxwocNV

Liverpool and Tottenham will face off in an all-English Champions League final next month, while Rafael Benitez prepares to face ​Fulham on the final day of the season on Sunday.