​Former Newcastle manager Rafa Benitez has revealed how a key meeting in London with the Magpies hierarchy in May confirmed his decision to leave the club.

After helping Newcastle finish 13th in the table last season, With no compromise being made between the two parties, it became clear for the Champions League-winning manager that he was no longer able to take ​Newcastle further than he already had, and thus decided to join Chinese club Dalian Yifang.

"I have a great challenge ahead of me. But I will say that, after the meeting in London, it was a clear decision for me. A few days later, we told the club we would not extend the contract. “We had been waiting for a solution to the takeover.

“But we were losing other ­offers. In the end, we couldn’t wait any more. Being without a job wasn’t an option.

“So we decided the project in China was an interesting one because they want to invest in every single department to ­improve the club.”

Rafa let MA know that he wouldn’t be staying, in MAY. And as late as 2-3 weeks before Rafa left, we were led to believe they were hopeful of a positive conclusion. THIS is why #nufc sources are the absolute shittiest ones out there. They lie!!

The 59-year-old also talked about how winning the ​Championship and developing players such as Ayoze Perez, Salomon Rondon and Sean Longstaff,  whose market values have risen, have been some of the highlights of his tenure at the club.

“But, if you ask about ­football, winning the Championship was a good memory.

“Then it was charting the progress of players such as Ayoze Perez, Salomon Rondon, Isaac Hayden, Sean Longstaff and others.

“In particular, Sean was ­fantastic for us. 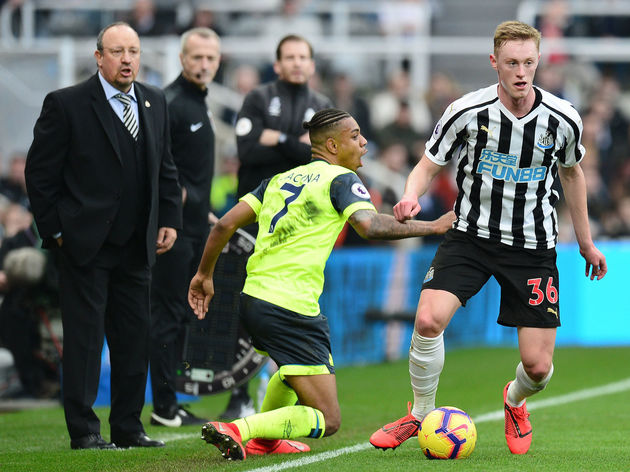 “But overall, the main thing was that we ­created a team spirit. A team the fans were proud to watch because of their commitment.”