​Rafa Benitez has admitted that he is still in contact with former Newcastle United duo, and Champions League finalists, Moussa Sissoko and Georginio Wijnaldum.

The two were both relegated from the Premier League with the Toon Army back in 2016 but are now facing the prospect of lining up against each other in the Champions League final for Tottenham Hotspur and Liverpool respectively in Madrid. 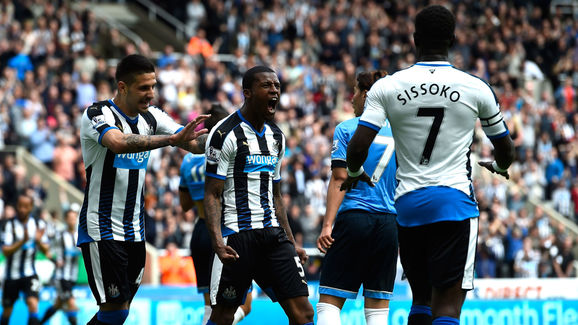 Both Sissoko and ​Wijnaldum were sold following relegation to the Championship, and despite failing to hit the same heights as they have now whilst up in the north East, Benitez has revealed that he always had the belief that both would succeed.

The former Liverpool boss went on to explain that he is still in contact with both as they were always good professionals under his management.

"I'm still in contact with him [Sissoko] and Gini, they were good players for us, but we were relegated and they had offers" Benitez added.

"Sometimes players don't get offers when they are relegated. They did and I'm telling you Sissoko had three very good ones, including one very important one.

"That is good for them because you go down and have top sides interested in you. Maybe they were not fine here, because the team was not doing well. But they have the skill and the pace.

"You cannot complain or say anything negative about what they did here."

Now a veteran in his role, Benitez certainly knows what it takes to win a Champions League after his triumph with ​Liverpool in 2005, and one of his former Magpies will also be able to share that honour come Saturday evening.