Arsenal legend Patrick Vieira has ruled himself out of the ​Newcastle job following the departure of Rafa Benitez on Sunday.

Benitez had been a shining light for Newcastle fans since he joined the club in 2016, but following months of unsuccessful contract talks, he left St James' Park on the expiry of his contract on June 30, and ​two days later became the new manager at Dalian Yifang. 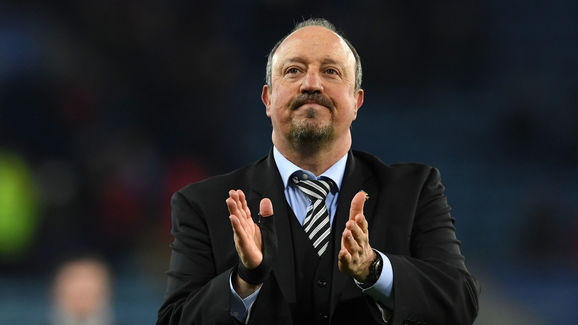 With the managerial position now open at Tyneside, speculation is rife as to who the new man in charge will be, with ​Newcastle fans not holding their breath as the Toon Army ​prepare more protests against owner Mike Ashley.

However, one such name who had been linked with the Magpies is Vieira, though the Frenchman has moved quickly to quash any suggestions of leaving Nice. The Sun

"I've always felt good here and with the people around me. I can't see myself anywhere other than Nice"

Vieira is currently the manager of French side OCG Nice and has been praised for his dynamic and creative management style, guiding Nice to a comfortable 7th place finish in the 2018/19 season - hence his name being linked with a number of vacant roles across Europe, including at St James' Park.

With Newcastle's first pre-season game taking place against ​Wolves on July 17, the Magpies appear no closer to appointing a new manager.