But Yohan Cabaye left the sinking ship and (according to reports) internationals Mathieu Debuchy  and Moussa Sissoko want to go too after the World Cup. 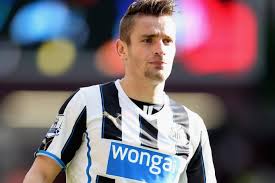 But five more French Newcastle players are up for sale with Mapou Yanga-Mbiwa and Massadio Haidara heading the list.

French media organisation Mercato365 state that according to their information, Newcastle have made five French imports available, with Hatem Ben Arfa, Sylvain Marveaux and Gabriel Obertan competing the list.