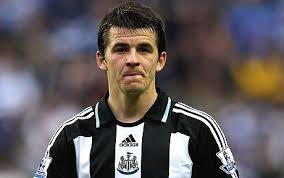 The former Newcastle United midfielder was not impressed with the way Pardew celebrated Palace’s goal in the FA Cup final against Manchester United on Saturday evening.

The Eagles broke the deadlock at the Wembley Stadium in London in the 78th minute through Jason Puncheon's powerful far-post finish.

Palace manager Pardew celebrated the strike with gusto, but he was left red-faced at the end of the match.

United restored parity through Juan Mata on 82 minutes and scored the winner in extra time through Jesse Lingard.

Barton, who worked with Pardew at Newcastle, has mocked the Englishman on Twitter for his celebration.

"Actually wanted Palace to win till Pardew did that dance."

"Such a smug thing to do that. Dance. As a manager after a goal. Nah. Hope to see him crying after the game."

"There just the rules. If you dance like a smug git, you deserve nowt but tears of defeat. Real painful ones... #FACupFinal"