One Man The Key To Toon Success?

Danny Murphy has told Match of the Day, which was broadcast on BBC One on 7th April, that Kenedy has provided Newcastle United with life. 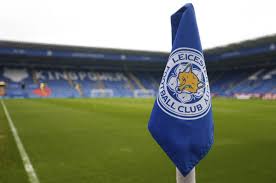 Kenedy only came to Newcastle in the January transfer window on loan from Chelsea, but he has quickly made an impact at St. James’ Park.

Rafael Benitez has thrown Kenedy straight into his starting line-up, and he has been rewarded for showing faith in the Brazilian.

Kenedy has given Newcastle’s attack added threat, and he was in impressive form again against Leicester City.

The Magpies won 2-1 at the King Power Stadium, to effectively confirm their Premier League status for another year.

And Murphy felt that Kenedy’s addition has helped to transform Newcastle’s form.

"He’s given them good energy and freshened things up," he said. "He’s got great delivery, good energy, he goes at people and he’s confident and creativity. He’s given them a lift at a time when they were flat."

There were some serious concerns that Newcastle could be facing relegation before their recent run of excellent results.

The Magpies are now 10 points clear of safety, and are actually in the top half, after a fine season.