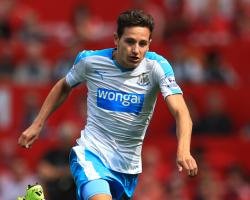 After ending the 2015/16 season back at his former club, Thauvin returned this term and has netted 10 goals to win a maiden call-up to the France squad

And, speaking to RMC Sport in his homeland, Thauvin revealed he only needed to start three matches for Marseille to secure a permanent transfer

"It was a loan with an automatic purchase," he said

No doubt, I'll be at Marseille next season."