Newcastle United Transfers: The 10 Most Expensive Signings of the Mike Ashley Era

Mike Ashley's reign at ​Newcastle United has seen the Magpies plunge from flirting with the Champions League to becoming a bottom-half Premier League side, while also playing two seasons in the EFL Championship.

He is infamous for his lack of investment and his neglect of the club, fanbase and heck, even the stadium!

There are numerous stats and stories to back up the above, but for now, one could look at how much money (or lack thereof) Ashley has invested in the Toon's playing staff by examing the 10 most expensive purchases Newcastle have made under his tenure. Senegalese striker Papiss Cissé was signed from German side SC Freiburg in 2012. He played one half of the 2011/12 season, and became the most prolific scorer in the league, scoring 13 goals in 14 games, including one of the Premier League's best ever goals against Chelsea at Stamford Bridge.

Unfortunately, Cissé proved himself to be a half-season wonder, as he went on to score 24 league goals across his other four seasons at St James' Park. His form took a significant dip after Demba Ba's departure to Chelsea in 2013. Cisse joined Chinese side Shandong Luneng in 2016 after Newcastle's second relegation under Mike Ashley, and currently plays for Alanyaspor. Argentine centre-back Fabricio Coloccini arrived on Tyneside from Spanish side Deportivo La Coruña in 2008, and he was a fan favourite during his eight-year stay on Tyneside. After being one of Newcastle's most consistent players for three seasons and staying with the club despite their relegation, manager Alan Pardew named him captain for the 2011-12 season, a position he would hold until he left to sign for Argentine club San Lorenzo after his contract expired in 2016.

Coloccini was a sign of consistency and stability during his time at Newcastle, and was definitely worth his transfer fee. 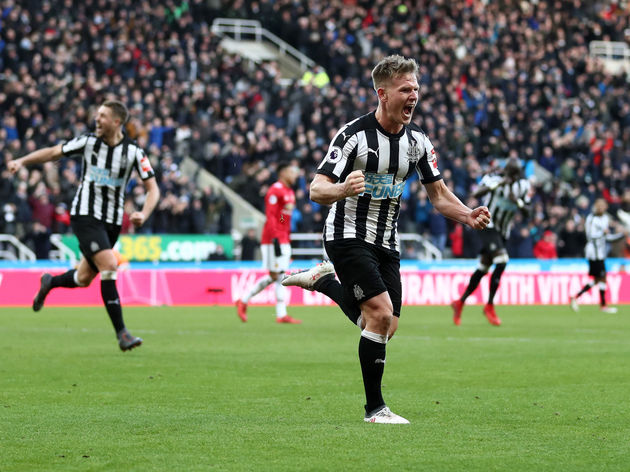 Following Newcastle's relegation to the EFL Championship after a woeful 2015/16 season, Scottish winger Matt Ritchie was brought in to help make sure the Magpies would bounce straight back up to the top division of English football.

He was one of the stand out players during the Championship-winning season, scoring 12 goals in 42 games, while also gaining 3 assists. Despite not being as good in the Premier League, he has scored vital winning goals against both Manchester United and Manchester City, as well as a vital 94th-minute equaliser against his former club, Bournemouth. Andros Townsend joined Newcastle from Tottenham Hotspur in the January transfer window back in 2016 to try and save Newcastle from their inevitable relegation.

Townsend was one of the only positives in an underwhelming 2016, scoring 4 goals in 12 games for Newcastle, and played much better under Rafa Benitez, who was appointed after Steve McClaren was deservedly sacked. Unfortunately, Townsend and Benitez couldn't save Newcastle, and Townsend signed for Crystal Palace after his £13m release clause was activated just six months after he arrived on Tyneside. Jonjo Shelvey was another acquisition in the fateful 2016 January transfer window alongside Andros Townsend.

Shelvey signed from Swansea City on a five-and-a-half-year deal, and was named man of the match on his debut in a 2-1 win against West Ham United, which was Newcastle's first win in seven games, but obviously couldn't save the Mags from a second relegation in seven years. There's no doubt that Newcastle look like a better side when he's on the pitch, but his occasional laziness and poor work rate led to him being put on the periphery by Rafa Benitez in the 2018/19 season, despite being integral in Newcastle's top half finish the previous season. Jacob Murphy's arrival from Norwich City in the summer of 2017 has proved to be a huge waste of money.

The winger's inconsistency and weakness prove that he does not tick the requirements needed of a Premier League winger. His one goal for Newcastle came against Manchester City at the Etihad Stadium in an eventual 3-1 loss. Murphy's poor loan spell at Championship side West Bromwich Albion further highlighted his lack of quality. There is still time for him to prove himself, though, and he might get more of a run under the new gaffer at St James' Park. Still, there was lots of excitement surrounding the arrival of French winger Florian Thauvin from Olympique Marseille in the summer of 2015, but he did not live up to the hype. He scored his only goal for Newcastle in a League Cup 4-1 win against League One side Northampton.

Unsuprinsgly, he received lots of criticism for his performances, and told French magazine L'Equipe that it affected his play on the field. Half-way through his first season on Tyneside, he went back on loan to Marseille for the remainder of the campaign. After Newcastle's relegation, he went on another loan at Marseille, this time with an option to buy for £9.8million. This clause was activated, and went on to win the World Cup with France. He never looked at home on Tyneside, and was a waste of talent. Serbian striker Aleksandar Mitrovic was signed from RSC Anderlecht on a five-year contract by Steve McClaren in the summer of 2015.

Despite enjoying the majority of fan support at St James' Park, 'Mitro' was never a favourite of Rafael Benitez, with his lack of discipline and composure, scoring 17 times in 72 games during his two-and-a-half-year spell on Tyneside, a particular point of contention for the manager.

He joined Championship side Fulham on loan and helped them gain promotion by scoring 12 goals in 17 games in the 2017/18 season. Last summer, Fulham signed Mitrovic permanently for an initial £22m fee, which could rise to £27m. However, he was unable to save the Cottagers from relegation last season. Wijnaldum's arrival from PSV Eindhoven in 2015 made him the most expensive signing of the Mike Ashley era.

The Dutch midfielder was by far the best player during the relegation season, his highlight of the campaign coming when he scored four goals against Norwich City in a 6-2 win. He ended up scoring 11 goals in 40 games for the Toon, but upon Newcastle's relegation from the Premier League, he bolted for Liverpool on a £25m. Turns out that was a pretty good move on his part. 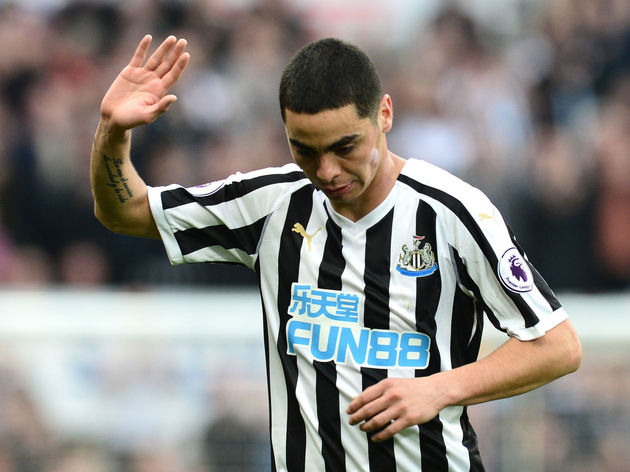 The Paraguayan attacker, who can play attacking midfielder and left-winger, was signed from Atlanta United and impressed in his first half-season in Newcastle. Despite not scoring and only getting one assist in 10 games, he gave Newcastle much more of an attacking edge and completely changed the dynamic of the team under Rafael Benitez. Unfortunately, his season ended with injury in the 3-1 home win against Southampton, which mathematically confirmed Premier League safety in mid-April. Almiron has been a success since he arrived, and Newcastle fans will be hoping that he will stay at the club at least for the following season, despite the departure of two of three 'Amigos' in Salomon Rondon and Ayoze Perez.