Despite the news that Mike Ashley has agreed to sell Newcastle United to Sheikh Khaled bin Zayed Al Nehayan and Bin Zayed Group, the Premier League side are now "sceptical" that it will lead to the immediate sale of the club.

A £350m offer for the north east club had been accepted by Ashley on Monday, as he looks to end his 12-year relationship with the club, that has been tumultuous to say the least. 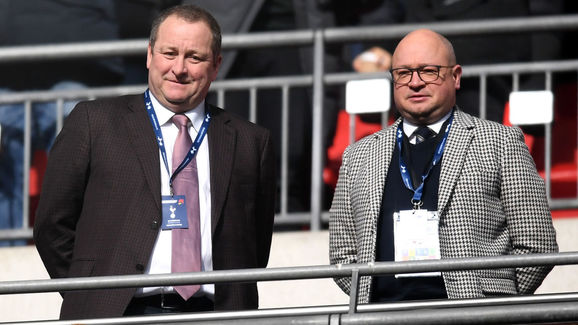 According to ​The Telegraph however, the initial wave of excitement has now been replaced with reservations regarding the proposed deal and intentions thereafter

The offer from the Bin Zayed Group would mark the fifth occasion in 11 years that Ashley has been on the verge of selling the club, yet each other bid failed to yield a successful sale and subsequent handover of the club.

Add the fact that Sheikh Khaled is yet to prove he has the funds required to go through with the ​'agreed' £350m sale, and the scepticism from Newcastle regarding the validity of the takeover seems unsurprising. Other inaccuracies concerning how close a supposed takeover is, per the aforementioned report, include the false reporting that papers had been sent to the ​Premier League to approve said takeover.

Rafael Benitez meanwhile, who is close to the end of his current contract at ​Newcastle, has been told it is business as usual because no takeover is imminent, which contradicts the Bin Zayed Group's statement on Monday.

Newcastle finished 13th in the Premier League in 2018/19, although it's unclear whether Benitez will be in charge of the Magpies next season. The Spaniard has clashed with current owner Ashley on a number of occasions over funds made available to him regarding transfers, with the supposed takeover seen as a decision to keep the former Liverpool and Chelsea boss at St. James' Park.