​Newcastle United midfielder Sean Longstaff could face a substantial period on the sidelines after journalist Lee Ryder reported seeing the player leave the London Stadium on crutches after his side's 2-0 defeat to West Ham United on Saturday.

The 20-year-old started the game for the Magpies against the Hammers but was forced off at half-time with an injury following a full-blooded challenge with Robert Snodgrass for which he received a yellow card.

Mohamed Diame was brought on to replace the midfielder but was unable to influence his side as Newcastle fell to their first defeat in four Premier League games.

Ryder, who works as a reporter for the Chronicle, reported on his ​Twitter account a worrying update on Longstaff, revealing that he had left the stadium on crutches.

Rafa on Longstaff: “We will have to assess him in the next few days.” #nufc

A product of the Magpies' academy, Longstaff made his debut for the club in December against ​Liverpool as a substitute and has since established himself as a key player in the heart of Newcastle's midfield having started the last 11 games in all competitions.

The Newcastle-born midfielder scored his first ever Premier League goal for the club in a 2-0 victory against ​Burnley in February whilst the consistency of his performances were linking him with a possible England call-up for the national side's Euro 2020 qualifiers against the Czech Republic and Montenegro later this month. 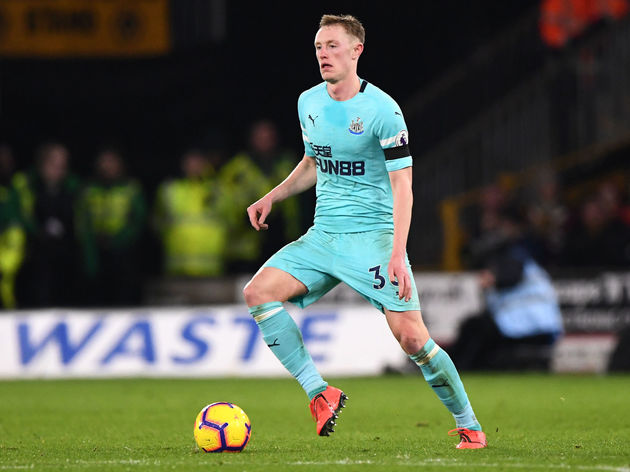 If Longstaff is ruled out for a lengthy period of time, his absence will have to be addressed by Benitez who could choose Diame, Jonjo Shelvey or Ki Sung-yeung to partner Isaac Hayden in central midfield for the coming fixtures against Everton and ​AFC Bournemouth.