​Newcastle United stars Jonjo Shelvey and Dwight Gayle may leave Tyneside in the January transfer window, and the pair are open to a move to the wealthy Chinese Super League, although Rafa Benitez is not interested in recruiting his former players.

Shelvey and Gayle have failed to hold down regular spots in Steve Bruce's Newcastle side, and the duo are considering their futures as they enter the final 18 months of their current contracts. Gayle has made two late appearances for the Magpies this season, totalling only four minutes of playing time for the Premier League club, and the Sunday People (via HITC) writes that both he and Shelvey are considering the lure of the CSL.

Benitez is manager of Dalian ​Newcastlethe

spent last season on loan at ​West Brom, and helped the Baggies reach the playoff semi-final before they eventually lost out to ​Aston Villa.

It is also believed that despite rumours linking Shelvey to a move abroad, he is currently content under Bruce's management and is in line for a new long-term deal to tie his future to St James' Park. 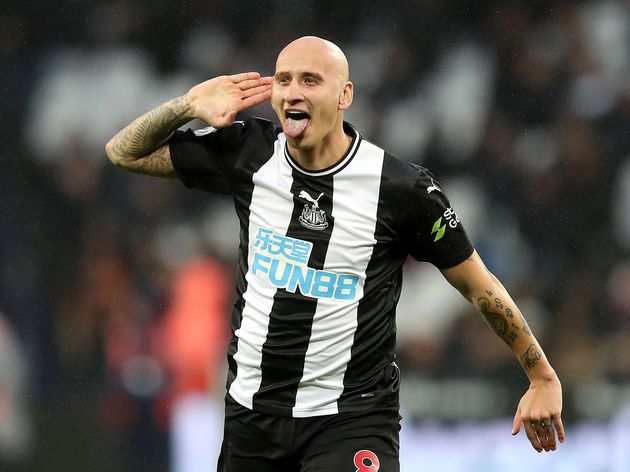 Newcastle initially struggled to adapt to life after Benitez, and Bruce's appointment was met with disdain by the supporters. The ex-Sunderland boss has begun to turn the tide however, and back-to-back wins have lifted the Magpies into eleventh place in the table, picking up 15 points from their opening 12 matches.

Bruce's men have put in strong performances in their last two games, beating ​West Ham away from home and then coming from behind to earn a valuable three points against ​Bournemouth on Saturday.