Newcastle United: 6 of the Magpies Best Youngsters Who Deserve a Shot at the First Team in 2019/20

​It has been a difficult summer to endure if you are a Newcastle fan. Manager Rafael Benitez left and was followed out the door by last season's two top scorers, Ayoze Perez and Salomon Rondon.

In terms of arrivals, Steve Bruce is the new man in charge, hardly a popular choice with the fans. In the transfer market, Newcastle have been very quiet, struggling to attract players to a club that appears to be set for a relegation battle next season.

This could lead to some youngsters getting their chance in the team next year. Here are the six best young players who could force their way in to Steve Bruce's plans. He improved on those statistics last season, netting 12 goals in 17 league appearances for the Under-23s. So now, seemingly the next step up will be to the senior squad. Still only 22, Woodman has plenty of ​experience under his belt already. A World Cup and European Championships winner with England at youth team level, the shot-stopper has long been tipped to have a bright future in the game.

In recent years, he has had to settle for loan spells away from the club, plying his trade at Kilmarnock, Aberdeen and Crawley. Yet there are rumours that Newcastle's first choice goalkeeper Martin Dubravka could be on the move However, he did make four consecutive squads back in January, starting two FA Cup games against Blackburn

Having started Newcastle's opening two games in pre-season, the 23-year-old will be hoping to push on and become a regular first team member in 2019/20. The 20-year-old centre back has been a regular in the Under-23s in recent years racking up 57 appearances for the club at that level. 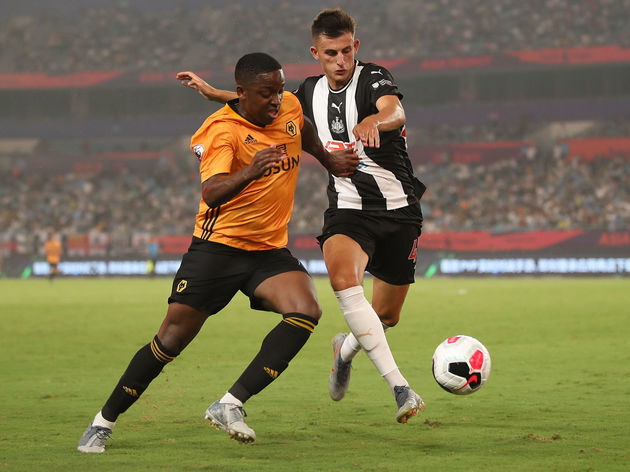 Watts has played in a number of positions throughout his career, from centre back to centre forward. However, it now seems that he sees himself as settling in at the heart of the defence.

He became a regular for the Under-23s last season, even captaining the side on one occasion. Having appeared to have found his best position, and having already shown leadership qualities, Watts will be hoping to feature in the first team squad next year as he continues his rise through the ranks.​ Allan has shown versatility at youth team level, as he is able to play up front, just behind the striker, or out on the wings.

His statistics last season were hardly outstanding, given that he only found the net on four occasions in all competitions. However, he is still improving and was taken on Newcastle's recent pre-season tour, suggesting that he may get opportunities next season.

At just 19 years of age, Allan will be hoping to kick on next year.