Newcastle Takeover Expected to be 'Waved Through' Despite Saudi Arabia Concerns

Staveley, who helped broker Sheikh Mansour’s takeover of Manchester City in 2008 and later failed in a similar regarding a possible Liverpool takeover, has been the chief point of contact for the negotiations with current Newcastle owner Mike Ashley. 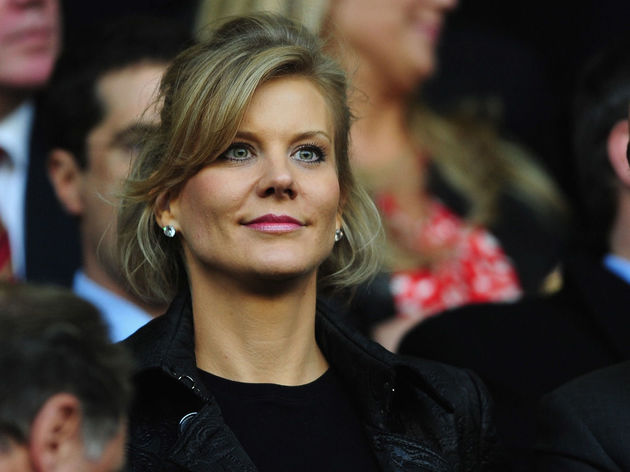 It is expected that her PCP Capital Partners firm will end up with a 10% stake, with PIF controlling 80% and a further 10% owned by private equity firm Reuben Brothers. PIF governor Yasir Al-Rumayyan will assume a role as Newcastle’s new chairman once the deal is complete.

The proposed takeover, thought to be worth £300m, hasn’t been without its controversy as a result of the role Saudi Arabia funding it and the country’s human rights record.

“We need to see it for what it is: Saudi Arabia attempting to use the glamour and prestige of Premier League football as a PR tool,” Iyed el-Baghdadi, a democracy activist based in Norway since being warned of a Saudi threat to his life, told The Independent.

“There’s a name for this - it’s called sportswashing.”

I wrote about Newcastle's takeover for @90min_Football a few days ago. There might be more room for nuance if the point wasn't so straightforward: this takeover should not happen. https://t.co/am4MGbpIYx

Courtney Freer of the London School of Economics’ Middle East Centre told the same newspaper: “The Saudi reputation has especially been tarnished since [the 2018 murder of journalist Jamal Khashoggi]. They’re trying to do whatever they can to rehabilitate that. They’ve identified, like the Qataris and Emiratis have, sport as a powerful tool of soft power.”

Checks for the Premier League’s Owners’ and Directors’ Test are expected to be complete in the next couple of weeks. In response to a letter from Amnesty International, Premier League chief Richard Masters has confirmed that the processes go further than UK Company Law.

Despite concerns, Henry Winter of The Times tweeted on Thursday night that nothing is expected to hold up the takeover and it will ‘waved through’ to completion.

Everybody expecting #NUFCTakeover to be waved through. Several Premier League clubs still voicing concern over Saudi involvement, though. Ethics, broadcast deals, but also self-interest - fears of the threat of a well-funded, newly ambitious #nufc.

A number of un-named Premier League sides do have issue with it, though. Winter noted the ‘concern over Saudi involvement’ from an ethical point of view. There is also the issue of an ongoing battle over broadcasting rights, with Premier League football being broadcast illegally in Saudi Arabia due to a dispute with Qatar, whose beIN SPORTS network owns Middle East broadcast rights.

But Winter also added that some of the objection from rival clubs also boils down to ‘self-interest’ and ‘fear’ of a ‘well-funded’ new potential threat.

While the idea of Kylian Mbappe lining up in a Newcastle shirt is nothing more than a wild pipe dream, it has been reported that PIF plans to inject an extra £200m of cash into the Magpies to spend over the next three years on everything from new players to improving infrastructure.