​Newcastle midfielder Jonjo Shelvey and shot-stopper Karl Darlow were involved in an altercation in the early hours of last Saturday morning. Abuse was reported hurled towards Shelvey, which erupted into violence from both sides.

The incident took place mere hours before the two boarded a plane with the rest of the squad to head out to the Premier League Asia Trophy. The Magpies were ​mauled 4-0 by Wolves in the pre-season tournament, as Steve Bruce's reign began in the worst possible way. 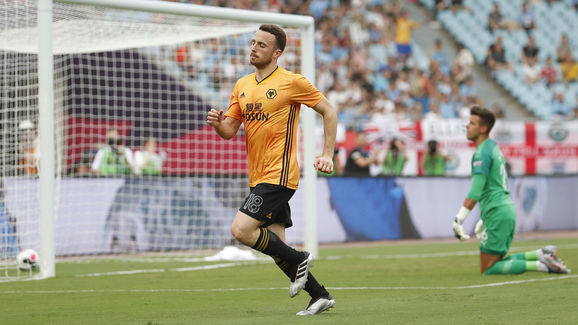 It's been a tumultuous summer for the club, with owner Mike Ashley still seeking a new buyer. Talismanic boss Rafa Benitez has departed, as have ​Newcastle's two top scorers from last season – Salomon Rondon and Ayoze Perez – for China and Leicester respectively.

In place of Benitez, Newcastle have appointed the familiar Bruce, leading many to tip the Magpies as one of the favourites to go down this season. Aside from the performance issues of that opening game, it seems Bruce will have to run some discipline through the side too.

This isn't the first time Shelvey has courted controversy and he has even been sent for therapy in the past to help manage his anger issues. According to ​The Sun, however, eyewitnesses exonerate the 27-year-old from the actual altercation.

Their sources claim the other group approached the ​Premier League star on the night in question, after spotting him out drinking. Bruce has a lot of work to do before the season kicks off on the 11th August and he won't want any more distractions like these as preparations get underway for a tough campaign ahead.