Sean Longstaff's breakthrough into the Newcastle first-team looks set to be halted for the time being, as reports are indicating that the midfielder's season is over due to a knee ligament injury.

The 21-year-old has emerged as a surprise solution to Rafa Benitez's midfield woes in recent weeks, starting each of their last eight matches, but there were concerns over his condition after he was brought off at half-time in the 2-0 defeat to West Ham.

Reports soon surfaced that he was suffering from a knee injury, and TalkSPORT among a host of other outlets have confirmed today that he will miss around four months of action, keeping him out for the remainder of the season.

BREAKING: #NUFC’a Sean Longstaff is out for four months with a knee injury.

​​The news comes after he saw a specialist on Wednesday (according to ​The Mail), who is thought to have determined damage to his posterior cruciate ligament, meaning he will have his knee in a brace for eight weeks before starting rehabilitation.

It will come as a hammer blow to ​the Magpies, whose recent upswing in form had moved them comfortably clear of the danger zone prior to the ​defeat to West Ham on Saturday.

With academy graduate Longstaff playing a starring role in the middle of the park, Huddersfield and Burnley were swept aside at St James' Park within a matter of days, before first-half goals from Declan Rice and Mark Noble brought them back down to reality with a crash. 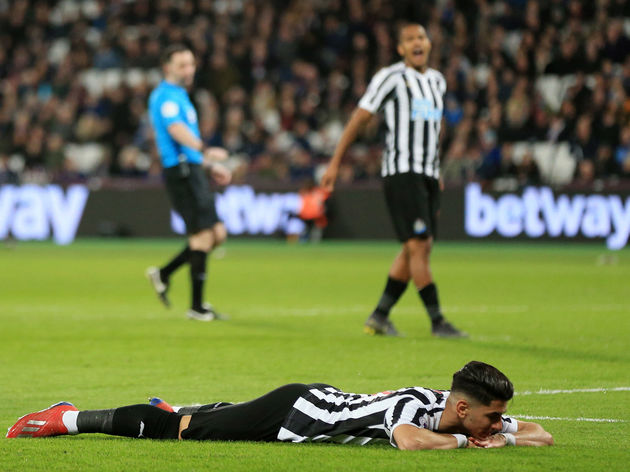 As things stand, Benitez's side sit six points clear of danger, and it's likely that one of Mohamed Diame or Ki Sung-yueng will come in for Longstaff when they host Everton in their forthcoming ​Premier League fixture.