Newcastle loanee Dwight Gayle has revealed he would consider permanently joining West Bromwich at the end of the season, after admitting he is enjoying his time at the Hawthorns.

Gayle was sent out on loan to the Championship side in the summer and has scored nine times in the league for the promotion hopefuls. 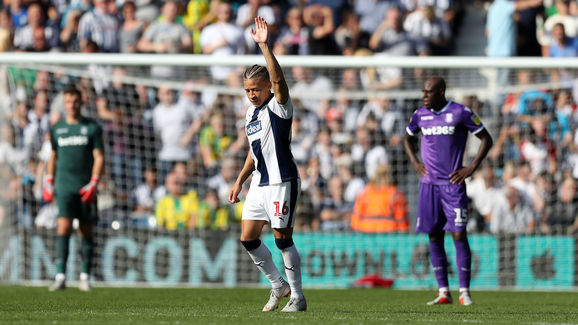 With his loan deal at the Baggies expiring at the end of this campaign, Gayle has admitted he would be open to extending his stay with Darren Moore's side instead of returning to ​Newcastle.

He said (as quoted by the ​Chronicle): "Of course it's crossed my mind. It's something that will be on the cards but I suppose I've just got to get this season out of the way and let others get on with what they've got to do and we'll see how things go.

Having fired ​West Brom into the play-off spots in the ​Championship, Gayle acknowledged that his future at either club is dependent on where the Baggies finish this season.

He added: "Anything could happen at the end of the season, we've just got to wait and see."

The striker's nine goals in the league this season is only bettered by Sheffield United's Billy Sharp and Brentford frontman Neal Maupay who have struck 10 and 12 times respectively. Gayle and his West Brom side will return to Championship action when they take on Paul Lambert's Ipswich side at Portman Road next Friday. ​