​Newcastle are interested in signing Benfica midfielder Rafa Silva this summer, but any deal is on hold for now because of the coronavirus pandemic.

The 26-year-old playmaker has made 25 appearances in all competitions this season, but appears to be unsettled in Portugal and is considering a move away from his homeland. 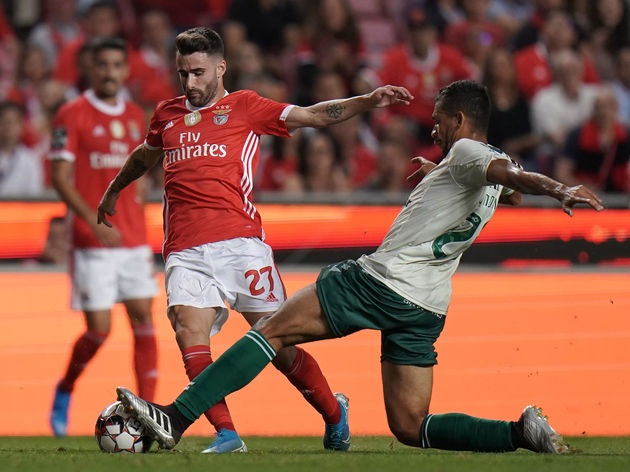 A report from ​The Sun suggests that the Magpies are working on a deal to sign Silva, who Benfica have valued at £25m. Newcastle are hopeful that they can secure his services for a lesser fee, in the region of £15m.

There are problems affecting the progress of the deal, however. Newcastle planned to continue scouting Silva before completing a deal, but the outbreak of the coronavirus has halted Portugal's Primeira Liga, meaning they can no longer study him further and make their decision.

Newcastle's own financial problems are further complicating the transfer. The report states that the Magpies are still paying off instalments from previous transfers last summer, which need to be cleared before any new deals can be struck.

Before the outbreak of the coronavirus, Silva had managed nine goals and six assists in all competitions this season for the Portuguese champions. Despite being marred by injuries and inconsistencies this season, his signature would be welcome in the north east.

⚠ Liga NOS is suspended indefinitely due to the #COVID19 pandemic ⚠

Our next matches have all been postponed. pic.twitter.com/BOeYaDEUkT

Steve Bruce's side have scored just 25 goals in the Premier League so far this season, and lack quality attacking options. Club-record signing Joelinton has struggled for service up top since joining from Hoffenheim last summer, and has managed just three goals in all competitions.

Silva, meanwhile, has won two Primeira Liga titles with Benfica and was a part of the Portugal squad who won both the 2016 European Championship and the 2018/19 Nations League. His eye for goal and ability to set up others is undoubtedly an attractive proposition, but a deal remains in the balance for now.