Newcastle defender DeAndre Yedlin is aiming to regain his starting spot, after he was replaced following suspension.

The right-back was sent off in the Magpies’ 2-1 defeat to Wolves earlier this month, and hasn’t started a game since. He is determined to regain his status in Rafael Benitez’s side, having been a regular all season. 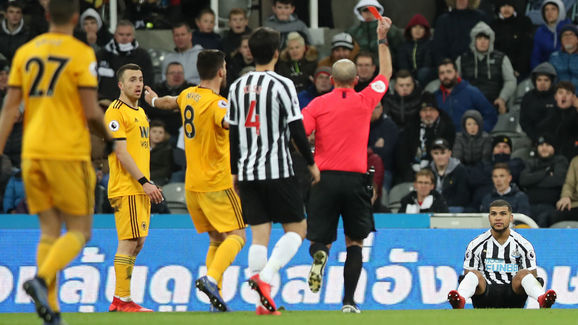 Yedlin addressed his dismissal, saying (quoted by the Newcastle United Blog): “I just mis-stepped against Wolves and Jota got in front of me. My first instinct was to try to get back in front of him.

“I guess I got his shirt, and the ref saw it as an offence. He gave me a red card. You never want to miss a game, especially after a red card. It’s part of the game.”

Yedlin has made 16 appearances this season, and up until the game against Wolves he had only missed one of ​Newcastle’s Premier League games. However he could only muster a six-minute cameo upon his return in the ​0-0 draw with Fulham last Saturday.

With the American suspended, the Magpies earned their first win in four games as they ​beat Huddersfield Town 1-0. The win saw them rise up to 14th, although last week’s goalless draw meant they dropped back down to 15th. He added: “If the team is on a roll, no matter who’s on the pitch, you keep that same team out there. It’s always great to have competition. It’s a healthy competition. It just pushes everybody to get better.”

Yedlin has been at Newcastle since 2016, after joining for £5m from Tottenham. He has since made 82 appearances for the Magpies, and has been a fan favourite at St James’ Park.