​Newcastle United boss Rafael Benítez is believed to have been offered a one-year extension on his contract at the club, as owner Mike Ashley continues to plot the sale of the club this month.

The former Liverpool boss' future at St James' Park has become increasingly uncertain, with Ashley's reluctance to invest money in new players causing a stand-off between the club and Benítez. The Spanish coach has stuck with his team through thick and thin since joining in 2016, and remains a highly popular figure among the Toon Army. 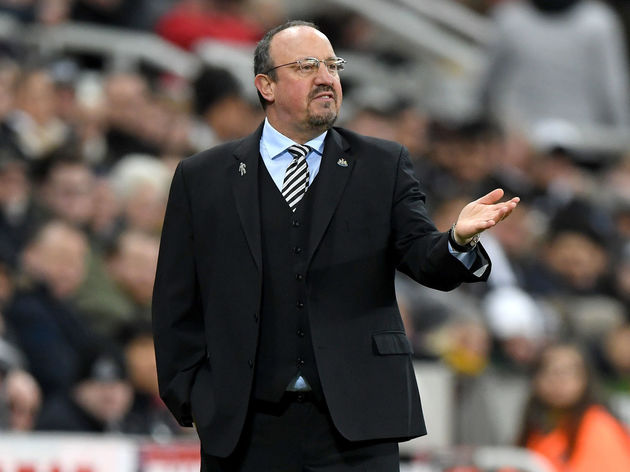 According to the Times, Ashley has offered Benítez a 12-month extension on his current deal, which, if signed, would see him extend his stay at the club beyond the end of next season. The report suggests that if he signs the deal, he could be afforded the transfer funds he's been craving to strengthen his squad in the January transfer window.

However, it is also suggested that Ashley may not be willing to give Benítez funds at this stage, as he is still keen to sell the club this month. ​Peter Kenyon is still believed to be interested in buying the club, but is yet to meet the Sports Direct tycoon's £280m-£320m valuation. Clearly, the situation at St James' Park remains complex, with a clear resolution still not apparent.

Imagine the day you open twitter and mike Ashley has sold the club, what a day that would be #nufc #ashleyout

​Newcastle United fans will hope for one of the two following scenarios: 1. Benítez signs a new deal, Ashley affords him with the funds he craves, and the club embark upon an unprecedented spending spree, or 2. Kenyon buys the club, Ashley is sent packing, Benítez signs a new deal and splashes the cash. It remains to be seen whether either outcome unfolds this month.

In other news, ​B​enítez has refused to rule out the possibility of Isaac Hayden leaving the club this month. The former ​Arsenal player is believed to be eager to leave Newcastle in order to be closer to his infant daughter, and his manager claimed he would assess the situation and make the best decision for all those involved.