The visitors looked good early on and should have taken the lead through Ryan Fraser, after Wilson's drilled cross found the once in-demand Scottish winger. However, despite meeting the ball inside the six-yard box, the 25-year-old could only direct his mishit effort into the arms of a grateful

​NewcastleAllan Saint-Maximin was denied by the frame of the goal. They drew level soon after though, when his deflected effort fell to DeAndre Yedlin and the American nodded home a diving header from point-blank range.

Ciaran Clark completed the turnaround within minutes of the restart, as hesitant goalkeeping from Aaron Ramsdale allowed the Irishman to get the faintest of touches on Miguel Almirón's gentle header towards the target. 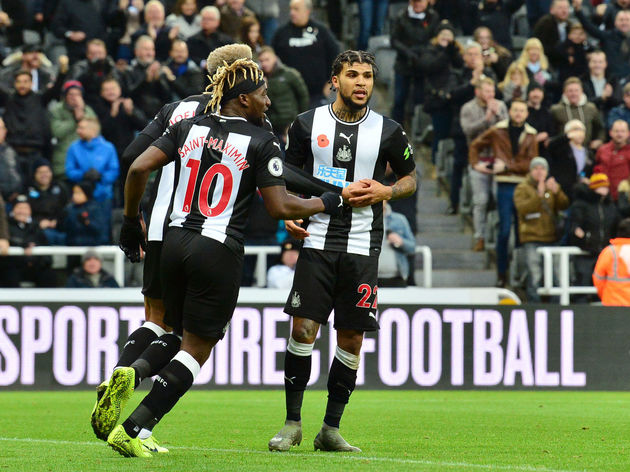 Captain Jamaal Lascelles has been integral part of this Newcastle side and all associated with the club will be nervously awaiting news of his injury. Fortunately for Steve Bruce, the skipper's problem didn't seem too serious. 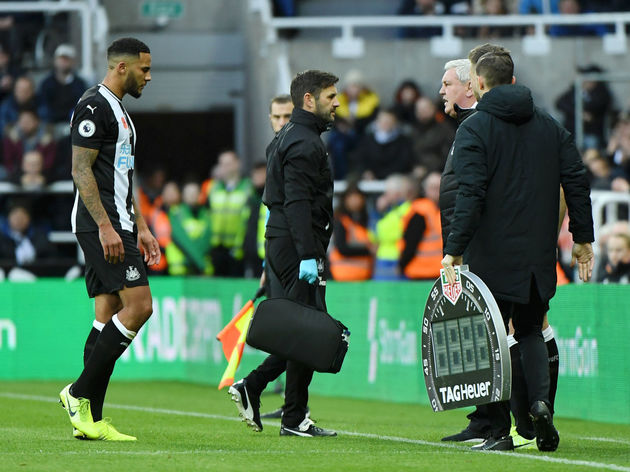 Nevertheless, the Magpies looked suspect without the leader of their backline, Fraser finding room too frequently from the home side's perspective. On another day, they could have paid a harsher price for some wayward defending.

On the positive, they looked menacing going forward and seized the initiative by two smart finishes, benefitting from hesistant defending from the visitors. Both full-backs provided an additional attacking outlet, with Jetro Willems impressing on the left.

Jetro Willems was electric down the left flank for the Magpies. He always offered an option for teammates, driving hard at Eddie Howe's backline when given room to burst forward. The Dutchman nearly grabbed the opener with a fierce arrow towards the far corner, angling his shot away from Ramsdale, who made a superb stop to palm the effort wide.

Though he didn't directly play a part in either of the Magpies' goals, Willems was a thorn in the visitor's side all afternoon, causing numerous problems for a shaky Adam Smith on the right of the Cherries' defence.

Yedlin and Pulisic are the first pair of U.S. internationals to score Premier League goals on the same day since Dempsey and Lichaj on March 31, 2012.

Lascelles out injured the week I bring him in  #FPL pic.twitter.com/6bUSOMJvzO

Though they left St James' Park empty-handed, the south coast club may feel hard done-by, with both of Newcastle's goals containing an element of luck. Howe can be proud of his players efforts, as Bournemouth upped the tempo in the final quarter of the game in search of an equaliser.

However, they were unable to get back on level of terms and will head back to the south coast wondering what may have been. Tentative defending and lapses in concentration are uncharacteristic of Howe's side, so he'll want to work on his player's mentality during the upcoming international break.

Wilson collected a delightful goal to add to his seasonal tally, showing poise and class to whip the ball into the bottom corner of A superb corner routine allows Harry Wilson to finish superbly in the area!

After the international break, Newcastle travel to the Midlands for a clash with ​Aston Villa on Monday 25 November, with Bruce's men then in action at home to ​Manchester City the following Saturday.

Bournemouth face ​Wolves two days before the Magpies' meeting with Villa. The Cherries follow up that match at the Vitality Stadium with an away fixture at ​Tottenham Hotspur.