According to this report, Newcastle United manager Benitez will be handed a war chest of up to £100m with which to strengthen his squad.

And The Daily Star has revealed Newcastle’s three top targets with a left-back, a midfielder and a new striker on their wishlist. 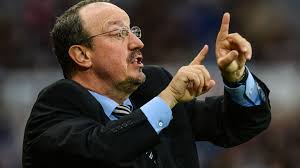 During the meeting, discussions were held over the three targets.

West Ham striker Andy Carroll has been touted for a return to St James’ Park.

The towering and physical centre forward has fallen below Javier Hernandez in the pecking order at struggling West Ham United and could be set for a move back to Tyneside.

The former Southampton star has struggled to adjust since his big money move to Man United and he finds himself out of favour under Jose Mourinho.

Ross Barkley is the third option for the Magpies.

The Everton midfielder has a precarious contract situation and the struggling Toffees might cash in on him.