Mitrovic To Send Mackems Down?

Fulham head coach Slavisa Jokanovic wants his side to keep putting pressure on Cardiff after the Cottagers moved to within five points of the automatic promotion spots with a 2-0 victory over Leeds. 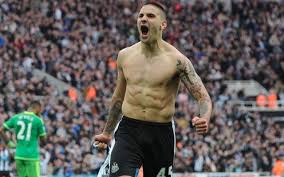 A bizarre goal off Kevin McDonald's backside was followed by Aleksandar Mitrovic's eighth strike in as many games as the Cottagers extended their unbeaten run in the Championship to 18 matches.

And with the Mackems now 1/25 for relegation it is only a matter of when and where ... and they have a visit to Fulham very soon.

Could our GOALden boy do the business and score the goal that sends them down?

But Jokanovic is refusing to get carried away, knowing that only a slip up by second-placed Cardiff will give his side a chance of automatic promotion.

He said: "It depends on them. We can do it, we can try and repair ourselves and be ready for our next game. It is our ambition to fight for three points every week. But everything depends on Cardiff, they must lose.

"We must try to push harder and try and win the next game. They need to have some mistakes to give us the opportunity.

"My job is not to be satisfied, my job is to push the players. It's not so important if I'm happy. We are in a season where we can be successful.

"I'm proud of the way my team is working and how they are trying to push. They don't give up in any moment.

"We will try and win the remaining games."