Newcastle goalkeeper Martin Dubravka has revealed that he is close to signing a fresh deal with the club.

The Slovakian, who joined Newcastle, initially on loan, back in January 2018, is currently tied down with the Tyneside team until June 2022.

However, he is one of the lowest earners at the club and has been in negotiations about a new improved deal in recent times. 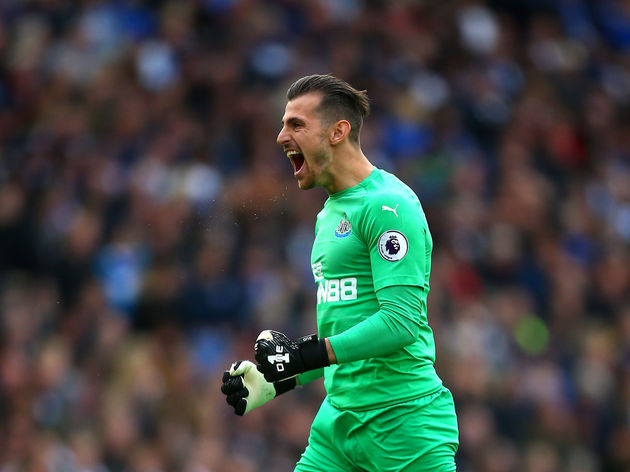 Dubravka explained, via ​The Sun: “We’re in talks. I’m close. We are in contact and hopefully we can sort it out as soon as possible.

“I’m happy here so if I can stay longer here, I will be happy. Since I came here, people have treated me really well. I can say that I feel at home here.

“I’m glad that people think that I can stay here for the longer-term. It’s such a big honour for me.”

Alongside the custodian, Steve Bruce and co are also seeking to tie Jonjo Shelvey, Matt Ritchie and Isaac Hayden down with new long-term deals, according to The Sun's report.

The 30-year-old, who has been one of the club's best performers since his arrival, was at fault for one of Liverpool's goals in the 3-1 loss on Saturday but was immediately backed by a rousing chant of his name following the error.

Addressing the support from the Newcastle fans, Dubravka admitted: "It was an amazing feeling. We'd all like to say thank you.

A tribute to the man who became so good at one thing, he was known for it! ⬆️⬅️ https://t.co/XgcXWAleW8

“Even if you lose, you go to the corner where our fans are and they are still supporting us.

“When you play the top sides it is always difficult. But if we play this kind of game against other teams we could be really successful."