Looking Up Is Such A Pleasant Change For Toon Fans

Arsenal had to settle for a 1-1 draw with Everton as Gerard Deulofeu's equaliser cancelled out Mesut Ozil's opener in an absorbing encounter at Emirates Stadium. 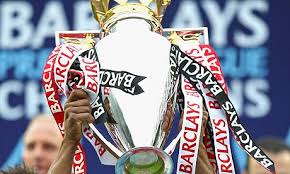 Everton followed up their victory at Old Trafford in midweek with another impressive performance but it was Arsenal who looked set to emerge triumphant when Ozil struck in the 80th minute.

However, Deulofeu fired in a terrific finish four minutes later and the Gunners were unable to restore their lead as Olivier Giroud struck the woodwork in the dying seconds.

The result leaves Arsenal five points clear at the top of the table, while Everton remain fifth and have still only been beaten once in the Premier League this season.

The spot-kick finish was just Berbatov's second league goal in 13 appearances this term, and it secured Rene Meulensteen's first win in sole charge.

Should Berbatov sustain the form shown in the first half here, new boss Meulensteen's chances of dragging Fulham clear of relegation danger will increase dramatically.

It was a shocking mistake from the Villa full back that condemned Paul Lambert's men to a miserable 2-0 half-time deficit.

The Midlanders were never able to find their stride, eventually suffering their first defeat in six league matches.