Liverpool Set For Melt Down - Rodgers Set For Chop? 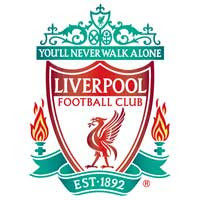 Rodgers has dismissed former boss Rafael Benitez's assertion that he will return to Liverpool in the future.

The Northern Irishman said American owners Fenway Sports Group had the chance to appoint the Spaniard in the summer but opted to recruit him from Swansea instead.

Benitez: "My idea is to keep coaching a competitive team. Why not in England?

"I will return to Liverpool one day almost certainly, I just don't know when, my daughters and wife are still living there."

Rodgers: "I haven't seen the statements but I've heard plenty of people talk about it.

"Rafa had a successful time here in the period he was here and I think he will join a list of probably many managers throughout the world who would love to manage a great club - especially having been here before.

"Obviously that opportunity was there in the summer if the owners wanted to go down that route as Rafa was unemployed and not working.

"And from that the board, players, myself and the club have all become one in looking to move forward and build success for the future.

"It is understandable any manager wanting to manage the club because it is truly a world-class football club.

"It is not a hindrance to me. Before I came here I had seen comments about Rafa wanting to be manager and I've seen comments while I've been here.

"But it doesn't affect me in my work or my job. My relationship is very strong with the players, we work very closely together on improving our football.

"We are very stable in terms of our board and the manager connection and we have some of the best fans in the world.

"It is a pleasure for me to be here at a truly remarkable club that many managers would want to manage, not just Rafael Benitez."

ODDS FOR THE SACK:-