David De Gea says improvements are needed across the board as the goalkeeper endures his "most difficult time" at Manchester United while while Ole Gunnar Solskjaer took full responsibility from another poor result. 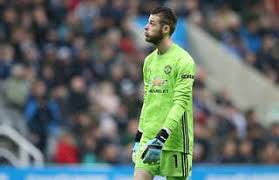 The Red Devils slumped to a 1-0 loss at embattled Newcastle, where 19-year-old Matty Longstaff's goal on his Premier League debut sent the visitors into a tailspin.

It is now 11 matches in all competitions since Manchester United last tasted victory on the road, with the side entering the international break 12th after managing two wins from their eight league games.

De Gea, who signed a new deal with the club last month, is at a loss about the state of affairs at Old Trafford.

Asked how United can put things right and what is missing, the Spain goalkeeper told Sky Sports: "Everything.

"A lot of things to improve. I don't know what to say. Just keep trying, keep fighting, keep improving every day.

"It's a hard moment for us, a difficult moment but we're United, we need to keep fighting."

De Gea also admitted this was as tough as he had known it at United since moving to Old Trafford in 2011, saying: "Yes, it probably is the most difficult time since I've been here.

"I don't know (why it is tougher than before). I don't know what is happening, we cannot score even one goal in two games. It's difficult to say something, sorry to the fans, we will keep fighting for sure, we will come back, but at the moment we are in a difficult situation."

Things do not get any easier for United as table-topping Liverpool arrive at Old Trafford after the international break.

De Gea added: "I think we defended quite well, it's true that they had good chances to score but, come on, we concede a goal from a corner for us, and that cannot happen. It's not acceptable.

"Not just this game, the whole season has been not good, so keep going, keep fighting, and let's see what happens in the next games."