It's Not Just Mags And Mackems!

With only a point separating Newcastle and Sunderland – and the latter boasting a game in hand – it increasingly looks to be a battle between the North East pair to seal the one remaining place in next season’s Premier League.

The bookmakers agree, with Alex Neil’s Norwich rated as 4-1 outsiders to beat the drop, despite the Canaries also having a game in hand – against Watford next week – on fourth-bottom Newcastle.

However, Allardyce believes the trio all remain firmly in contention, particularly when one moment of brilliance or misfortune can have such huge consequences on three sides separated by just a couple of points.

“It’s very dangerous to write them off when you saw them (Norwich) in the first half at the Emirates (last weekend) create more chances than Arsenal,” said Allardyce. 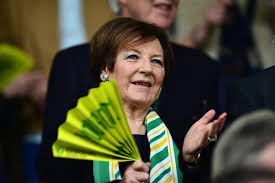 “We’re all still in with a shout.

“We’ve got a similar problem to them – not converting the chances when they arrive.

“Saying that, I think Newcastle are a bit similar too.

“They had some slight fortune last weekend, where we didn’t.

“Crystal Palace missed a penalty, whereas we had a penalty denied and a goal against which shouldn’t have been allowed.

“We ended up with a draw, while Andros Townsend scored a wonder goal for Newcastle.

“It goes swings and roundabouts. Hopefully that fortune is on our side tomorrow.”