... he is facing several months on the sidelines following an operation on a fractured kneecap.

The Senegalese forward sustained the injury during Newcastle's 2-1 home defeat by Swansea last month, ending his season, and the 28-year-old travelled to Paris for surgery. 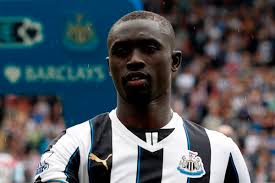 A statement on the club's official website said: "He is expected to be sidelined for a number of months."

Cisse has had a forgettable 2013-14 campaign and he often found himself as the fourth-choice striker behind on-loan QPR forward Loic Remy, Luuk de Jong and Shola Ameobi.

Reduced to cameo roles off the bench, Cisse netted just twice in the Barclays Premier League this season and his agent has suggested he wants to leave.

Cisse will spend his rehabilitation period at the Clairefontaine Medical Centre just outside of Paris before returning to the club to be assessed by medical staff.