​If you take a look at Newcastle's official squad list for the 2019/20 campaign, there's one thing that jumps out immediately - their squad is actually pretty damn small.

When you take into account that several players they've taken on loan throughout the current season will be returning to their parent clubs, the Magpies' numbers reduce even more.

As commonly seems the case at St. James' Park, there is a great deal of action required to both bolster the quality, and quantity of the squad come the summer transfer window. So, let's take a look at the players currently out on loan, and who's most likely to transform into a first-team player for the ​Premier League side.

At this point we should probably confirm - some won't cut the mustard. Apologies in advance gentlemen - it's nothing personal! He then spent some time at Sheffield Wednesday​ before joining Serie B club Cosenza. Unless Newcastle wanted a player who, four years after signing, would be strutting his stuff in Italy's second division, this signing hasn't really worked out.

With one year left on his current contract, it looks as though Lazaar's underwhelming stint for the Magpies is ​nearly over.

Likelihood of Making it at Newcastle: 1/10 Unfortunately for Newcastle, it never quite happened for Aarons despite signs of early promise. He made 17 top flight appearances from 2014-16, and it appeared Aarons was slowly being blooded to become one of Newcastle's regulars.

It wasn't to be. From that point on, he's played for no fewer than five clubs, and since 2019 he's spent time at ​Sheffield Wednesday, Wycombe Wanderers and Motherwell. Now aged 24, his time is all but out to show Newcastle he's got what it takes.

Likelihood of Making it at Newcastle: 2/10 You wouldn't necessarily expect a 20-year-old who has spent time at Stevenage and Mansfield Town to be considered a likely member of Newcastle's first-team squad come next season.

However, after returning from his spell at Stevenage, he made Steve Bruce's bench on two occasions during the current campaign. That came after he was included in the 2019/20 pre-season squad.

So, who knows, if Watts continues to make an impression and show he is capable of producing when called upon, then he may yet make something of a career at Newcastle.

Likelihood of Making it at Newcastle: 4/10 But, Barlaser has dazzled since - he's been highly impressive for ​Rotherham United during the 2019/20 campaign, and it looks as though Steve Bruce is going to give him another look-over before the new season gets underway.

Likelihood of Making it at Newcastle: 5/10 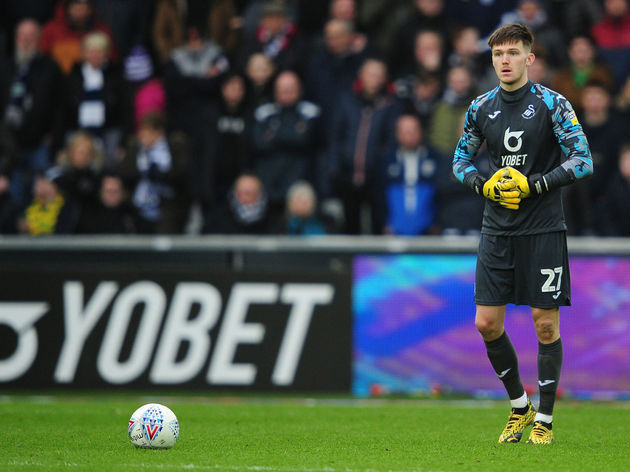 Fun fact for you - Woodman is Gareth Southgate's godson!​ Given family comes first and all, perhaps we'll see the 23-year-old between the sticks for England sooner rather than later?

Perhaps not, but in all seriousness, Woodman is an exciting prospect and can have realistic hopes of making something of his Newcastle career. He's still only 23, which is relatively young in 'keeper years'. Whether he is content to play second fiddle to Martin Dubravka once he returns to the Magpies is another question.

He's been at ​Swansea this season, and has shown himself to be an impressive shot-stopper throughout the campaign. He's also shone at international level - he won the Golden Glove award for the best keeper in the 2017 Under-20 World Cup, and currently competes for a spot at Under-21 level.

He's certainly got what it takes to make an impression when he returns, no doubt.

Likelihood of Making it at Newcastle: 6/10 After Championship loan spells at ​West Brom and current club Sheffield Wednesday, Murphy has began to produce the high level of performances that persuaded the Magpies he was a guy worth £12m. It appears he's determined to give it a real go when he returns to St. James' Park.

He's 25, he loves the club, he's a decent winger, and Newcastle could do worse than to invest some proper time into the man they invested a considerable sum of money in several summers ago.

Of all Newcastle's loaned out players, Murphy is the the most high-profile, and most likely to make it upon his return.

Likelihood of Making it at Newcastle: 7/10