Guillem Balague has insisted he believes Newcastle can agree a permanent deal to sign Salomon Rondon upon the expiration of his loan.

The Venezuelan international is currently on loan from West Brom - who were relegated from the Premier League last campaign - and was part of a deal which saw Newcastle send striker Dwight Gayle the other way. The striker has made a bright start to life with his new club having scored twice and bagged himself an assist in seven ​Premier League appearances. However, it has been his work off the ball which has made him a hit with the home fans, closing down the opposition defence whilst in possession trying to win the ball back for his team.

There is no doubting his quality and fans will be hoping for more of the same from their new number nine as they bid to claw themselves away from the threat of relegation.

Speaking with ​BBC Sport, pundit Balague admitted he feels Rondon's goals could well save ​Newcastle from relegation and that the idea of a permanent deal being agreed for the striker is indeed possible. He said: "Should Salomon Rondon continue to score for his new club then he may will dig them out of a hole, guarantee survival and once again Ashley will believe his approach has been vindicated.

"With Gayle having gone in the opposite direction to the Baggies, the two clubs should be able to sit down and work out a deal to suit all parties." 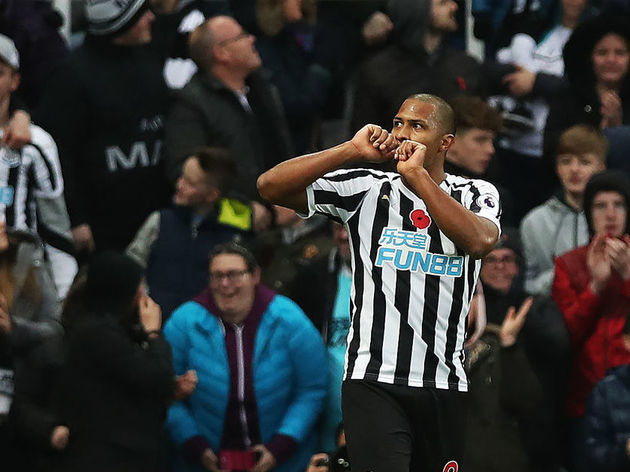 Things already look to be getting tense at the bottom of the Premier League table with only four points separating Newcastle in 14th from ​Fulham who are currently rooted to the bottom of the table. Fans will be hoping Rondon can help their side move up the table rather than look behind them as they bid to secure their safety from relegation sooner rather than later.