Get Your Head Kicked In Or Sign For The Mackems? Hmmmm!

... the players gambling on the team bus, saying "it is detrimental to team building. We can do without it."

It obviously wasn't during one player's time at the club.

Former Newcastle striker Michael Chopra has lifted the lid on his gambling addiction and spoken about how players would bet sums of £30,000 on the team bus.

Giving evidence at Newcastle Crown Court, Chopra went into detail about the level of debt he got into and how he and his family were threatened by loan sharks.

He explained that just a year after making his debut for Newcastle at 17, he already knew he had a problem and had racked up debts of tens of thousands of pounds.

He told jurors that at the time, the big-name players at the club included Alan Shearer, Kieron Dyer, Titus Bramble and Craig Bellamy.

Chopra: "I started gambling when I was about 17, when I first played for Newcastle I was travelling with the first team.

"Players would gamble on the bus and I got involved. We would take thousands of pounds onto the bus, anything up to £30,000.

"It might change hands playing cards on the bus, we would go to the bank before and take out the money. It was part of team bonding. 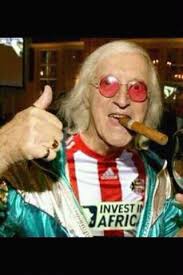 The 29-year-old was speaking as a witness in a £750,000 cocaine trial, relating to an alleged drug factory in the north east.

He said his addiction got so bad that he would set his alarm for 3am so he could place bets on games that were taking place in South America.

He also revealed that after playing for Newcastle and Cardiff, the reason he then signed for Sunderland was to use the signing-on fee to pay off his debts.

Chopra: "I was at Cardiff for one year and then I went to Sunderland. I got a signing-on fee and paid my debts off.

"The main reason I went to Sunderland was to pay my debts off. When you go to the Premier League you earn more money.

"I had loan sharks turning up at the training ground when I was at Ipswich," he said.

"They came up to me and asked me for my autograph and said I better get myself into the club and get that money now.

"I felt sick that I had put my family in that situation from my gambling."

The trial he was giving evidence at involves four men, Daniel Chisholm, 51, Christopher Bacon, 34, John Somerville, 53, and Joseph Lewins, 55, who are all accused of being involved in the drug scam.

Prosecutors allege that £50,000 found in the footwell of a car by police was drug money, but the court heard that this money had belonged to Chopra and was due to be paid to a loan shark.

Somerville said he had often helped Chopra out with dealing with his debts, and that he had taken this money and then had it sent to the people he owed in Liverpool, jurors were told.

All four men deny the charges of conspiracy to supply the class A drug.

Chopra told the court that in total he thinks he has lost about £2million through his gambling.

It was also revealed that when he played for Ipswich, along with the Professional Footballers' Association, his club organised a £250,000 loan to help him pay off his debts.

Giving evidence after his son, Chopra's father Minty said they had sold their house in an attempt to help him pay back the money he owed.

He also said their relationship had broken down since and that he felt embarrassed and humiliated by his son's addiction.

Chopra denied an accusation by the prosecution that he had come to court to lie for Somerville and said he would not put himself in that situation as he has a football career.