​After the arrival of Steve Bruce to take the place of the much loved Rafa Benitez, Newcastle fans would have needed some convincing to get back on side.

But with the activity the Geordie club have done this summer, maybe the Magpie supporters just are now considering giving Steve Bruce a chance. One signing though that might have them scratching their heads is right-back Emil Krafth.

Who is he? Well here are four things to know about the Newcastle's new signing.

He Made His Competitive Debut at 16 Emil Krafth was born in Stockholm, and started his footballing life at AIK. He made his competitive debut for the club in 2010 aged just 16 and as a result, was signed by Osters IF in 2011. 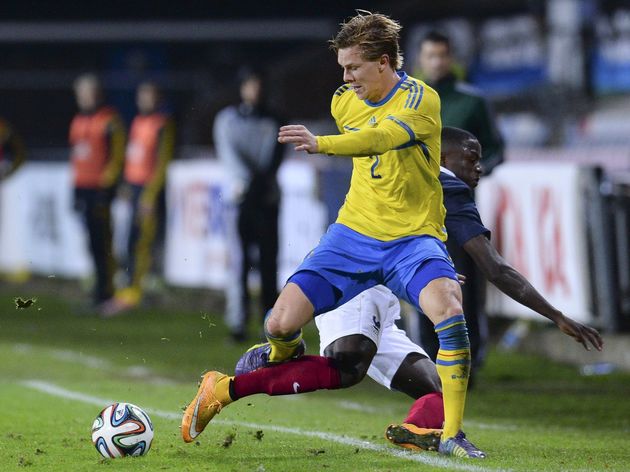 Krafth was so highly rated by Sweden that he was called up by the Under-21 team at the ​age of 17, making him the fifth youngest player to play for the Under-21s.

Off the back of these performances, he was signed by top flight club Helsingborgs - the side who nurtured the prodigious talents of Henrik Larsson. Krafth won his first cap for the Sweden national team at 19, and hasn't looked back since.

He has now made 20 appearances for the national team, and was in the squad that got to the World Cup quarter finals before losing to England (booooo).

He Is a Combative Defender Who Enjoys Getting Up the Pitch Most crucially though, ​Newcastle fans will be wondering just how good he is. The right-back is quick and very direct, and enjoy sending crosses into the box. Not just a one trick pony though, he is solid defensively and is rated in Sweden for his defensive ability.

An all round player, Newcastle may have signed themselves a gem.