Difference Between Keegan And Pardew - GREED!

Kevin Keegan, Jim Smith, Jack Charlton and Ruud Gullit all walked out on the club in the past, and they all refused a pay-off.

Pardew will NOT leave Newcastle until they cough up MILLIONS!

Smith, Charlton and Gullit left because the fans turned against them, but Keegan walked because he couldn't work with Mike Ashley.

Transfers were taken out of KK's hands, and Dennis Wise brought in players the manager knew nothing about. 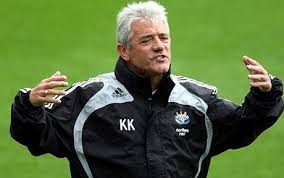 But Pardew says he will not be bidding any farewells at the end of a turbulent season that included the departure of controversial director of football Joe Kinnear and star midfielder Yohan Cabaye.

Alan Pardew: "My belief in what I do has to stay strong.

"I can't give any weak message to my wife, to my daughter and certainly not to the players. And I won't.

"That has to be how you are. If you resign then something is not right in your make up.

"I honestly believe that you have to be strong when the tough periods come - because they are going to come.

"If you are going to keep resigning when tough periods come and you want out, then you shouldn't be doing the job."

Don't believe a word - PARDEW IS SITTING TIGHT UNTIL HE GETS HIS £MILLION PAY OFF!