Did Newcastle Run Out Of Steam Or Did Heads Drop? 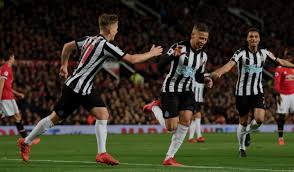 The way they played out the final 20 minutes was a major concern.

Newcastle have lost their past three league games, with this their heaviest defeat since returning to the Premier League as Championship winners last season.

They managed a creditable five shots on target from 12 attempts, including when the busy Murphy was denied by the fingertips of David de Gea in the second half.

However, the manner in which Newcastle allowed United to play out the final 20 minutes like a training ground exercise should concern Benitez.

He will be hoping for an improvement in time for a December programme that involves matches at Chelsea and Arsenal and a home game against leaders Manchester City.