But he will step up his comeback from injury today to play against Burnley in a behind-closed-doors fixture. 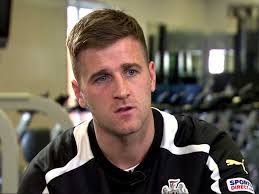 Ryan Taylor - In from the cold

The 30-year-old has been out for two years after twice rupturing the cruciate ligament in his right knee.

Ryan Taylor (on Twitter): “Looking forward to my 2nd game back vs Burnley, hopefully play 75+ mins, an go from there. So happy to be so close again.”

We have struggled to find a dead-ball expert since Yohan Cabaye returned to France, with Jack Colback looking anything BUT capable of filling his boots.

Ryan's return could be the answer to the problem.