Bruce Could Be A Record Breaker 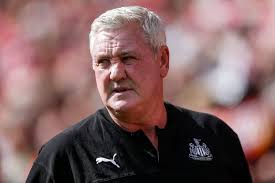 The fewest ever goals to be scored in the opening 10 games of any league season for Newcastle United, since the club became United in 1892/93.

Only five goals in the first nine Premier League games so far and the record to ‘beat’ is six.

This was set in the distance past of…last season.

Yes, as Rafa Benitez waited on Salomon Rondon to get fit after Mike Ashley forced him to make a £20m profit on transfers in and out, goals were a rare commodity.

At the current rate of goals, Steve Bruce and his team are on course for a final season total of around 21 goals, surely even Newcastle can’t sink that low…?

The worse ever final goals tally in this Premier League era was 1997/98 with Kenny Dalglish in charge, only 35 goals in 38 games with John Barnes top scoring on six.