The Premier League is over for another season, with Newcastle ending the campaign strongly with a 4-0 win against Fulham on Sunday .

However, while the action on the pitch is on hold for a few months, the news goes on and on. Here's a roundup of the top Newcastle stories of the moment, featuring updates on ​Rafa Benitez's future, Salomon Rondon and even

Newcastle 'Ready to Splash the Cash' on Chelsea Flop Bakayoko Mike Ashley 'ready to splash the cash' is not a phrase that is often uttered outside the context of a Wetherspoons. However, that exact wording appears in one ​Calciomercato report which claims the great fireplace vomiter is up for getting out the chequebook for Tiemoue Bakayoko, whose season of redemption in Italy has hit the skids.

The loaned out ​Chelsea midfielder was starting to turn things around at ​AC Milan with some impressive performances in Serie A. However, the Rossoneri's tilt at Champions League qualification has gone a bit Man Utd, while Bakayoko himself signed his own death warrant (possibly literally) by telling manager and famed lunatic Gennaro Gattuso to 'f*ck off'.

As a result, it seems Milan are unlikely to be taking up the option to sign Bakayoko on a permanent basis for a cool €35m, and that's where ​Newcastle come in.

The Magpies have supposedly scouted midfielder 'half a dozen times' over the season. Whether Ashley would be prepared to stump up around £30m, or in other words around 50% more than current record signing Miguel Almiron, remains to be seen.

Rafa Benitez Set for Talks With Mike Ashley Next Week 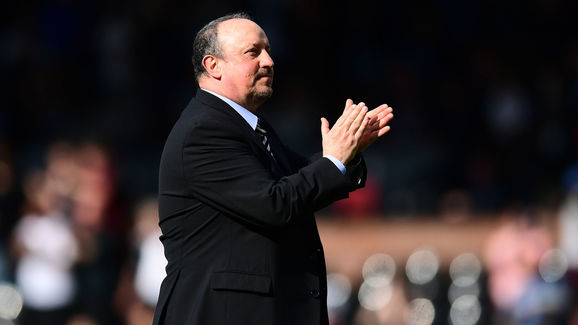 To that end, Newcastle manager Rafa Benitez is set for what the Daily Mail describes as

The Toon's impressive 4-0 away win over Fulham on Sunday capped another impressive season (under the circumstances) from Benitez and his team, as they finished 2018/19 in 13th.

Speaking after the game Benitez revealed Ashley came into the dressing room to talk to the team (and probably hand out Sports Direct mugs), but the real down-to-business stuff will have to wait.

Benitez said on the will-they-won't-they saga of his future: "We will have a meeting hopefully next week and we will see where we are. I can see the potential of this massive club and hopefully we can do things in the way that would be very good for everyone to move forward together. I don't want to keep talking, we'll see what happens next week.

"Mike Ashley came to the changing room after the game to say thank you very much to all of the players. 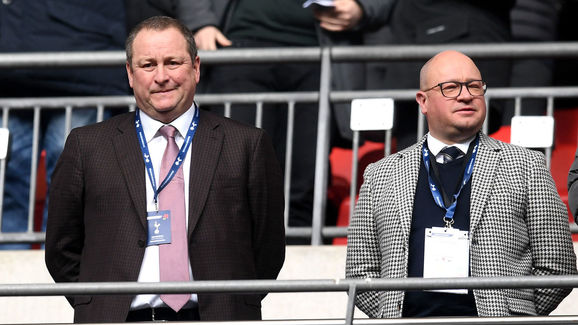 Perhaps Big Ash didn't hang around in the dressing room too long as he was sheepish about cancelling the previously promised team holiday to Las Vegas as a reward for avoiding relegation.

Back in October, it was revealed that the promise of an end-of-season trip to Vegas was dangled as motivation to fuel Newcastle's survival charge, during the infamous team dinner at Ponteland. However, the ​Mail's North East football correspondent Craig Hope has killed all his own surname by revealing that the idea has now been 'scrapped'.

So Ayoze Perez scored all those goals for nothing?
​
​Apparently what happens in Perhaps the biggest bone of contention ahead of Rafa's sit-down with Ashley is Salomon Rondon, who ended the season on a high by scoring his 11th goal of the season in the win over ​Fulham.

"I'm really happy to play for Newcastle United, to be here with my teammates, with the club, so we will see what happens," he told the club's ​official website, endearingly not playing it cool at all with regards to his future. The 29-year-old Venezuelan has also been named in his country's Copa America preliminary squad ahead of this summer's tournament in Brazil, potentially further complicating a permanent move to Newcastle.

"Unless Newcastle resolve Rondon's future by the end of this month, then the Magpies could find themselves in the far-from ideal position of holding discussions with West Bromwich Albion while the forward is away on international duty.

"Rondon will join up with his national team in little more than a fortnight's time. And, if he makes the final 23 for the tournament, as he almost certainly will, then Rondon could be in Brazil until the end of the first week of July - which is after Newcastle resume pre-season training."