Ayoze Perez has challenged himself to "make history" and break into Newcastle's all-time top ten goalscorers list after netting a decisive brace in his side's 3-2 victory against Everton on Saturday.

With Newcastle losing 2-1, Perez scored in the 81st and 84th minute to complete a remarkable revival, and ensure that all three points would stay at St James' Park. 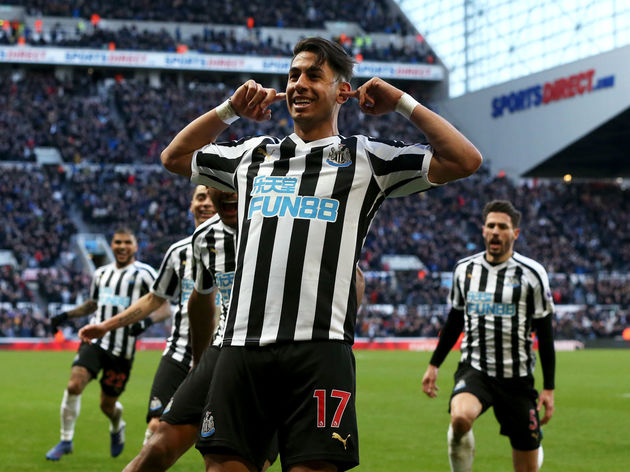 The brace catapulted Perez to 27 Premier League strikes for Newcastle, just one shy of tenth place on the all-time list of Magpie Premier League goalscorers.

Gary Speed, Craig Bellamy, and Obafemi Martins all sit one goal ahead of Perez with 28 career strikes for the Geordies.

Following his side's dramatic victory on Saturday, Perez took to social media to bask in his achievements and challenge himself to continue writing his name into Newcastle history.

The 25-year old forward took his tally to seven Premier Leaguegoals this campaign and has created a formidable strike partnership with Salomon Rondon, the lightning to the mammoth Venezuelan's thunder.

Perez still finds himself a considerable distance off Alan Shearer's record-setting 148 Premier League goals for the Toon, but the legendary striker clearly approved of the Spaniard's weekend exploits, picking Perez in his Premier League team of the week, much to the excitement of Newcastle's match-

Mondays are better when you realise that the legend of your club (and one of the best strikers of the history) and one of the most prestigious newspaper in Europe select you in their teams of the week! Thanks @alanshearer & @Gazzetta_it

The budding relationship between the former Newcastle hero and the emerging Newcastle star continued as Shearer took to Twitter to applaud Perez for his performance against Everton.

An inconsistent season has seen Rafa Benitez's men blossom in recent weeks, winning three of their last four Premier League matches to orchestrate a six-point gap between themselves and the relegation zone, with Perez's three goals in that time proving crucial.