However, when you come to think up challenges to complete as boss of Newcastle United, it’s a little more difficult.

That’s because at times ​Newcastle look like they’re actually being controlled by a teenager in front of a laptop. They have an inherent ability to make the easy parts of running a football club look incredibly difficult - you know, like making sure your players don’t start fighting each other in front of 52,000 people.

Anyway, if you're crackers enough to want to take charge of the circus they call Newcastle United, have a go at these challenges. 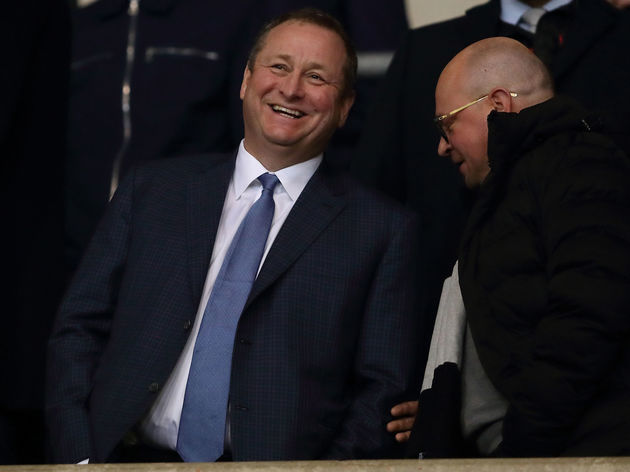 Let’s be honest, he can tell us all that the club is for sale until he’s blue in the face, but he’s not selling it. And why would he? Why pay for billboards to advertise Sports Direct when he owns a 52,000-seater stadium that he can use instead?

As takeover after takeover goes down the pan, it seems the cockney charmer is here to stay on Tyneside. See if you can outstay his spell at the club.

Create a Team Made Entirely of Geordies How do you know someone is from Newcastle? Because it’s the first thing they’ll tell you.

Yes we know, you’ve got an accent and you say weird words and you’re proud to be a Geordie. In all fairness, Newcastle has been a hotbed for young footballing talent over the years. Paul Gascoigne, Chris Waddell, Alan Shearer and Shola Ameobi, all superstars of the game who were raised on Tyneside and went on to play at St James’ Park.

The Newcastle academy isn’t quite what it used to be, but try to create a squad made entirely of Geordies and see how high you can finish in the ​Premier League - if anyone can finish top half you should add it to your CV. 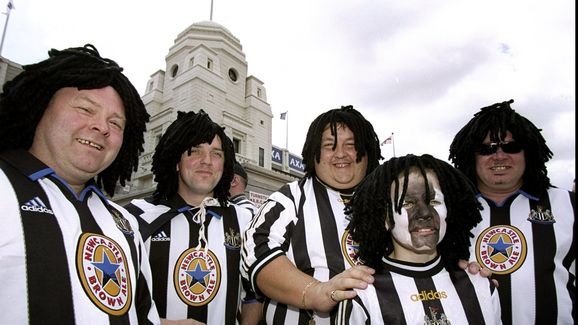 But when you consider the Newcastle faithful have been starved of silverware for 65 years (the ​Championship and Inter-Cities Fairs Cup don’t count), picking up a major trophy as Newcastle boss would be a pretty big deal.

Since 1976 the black and white army have been treated to a measly two domestic cup finals. TWO! Both of those coming in the late 90s, and of course they got beat on both occasions. So much for a ‘big club’.

Bring Back the Great Entertainers The days of Keegan’s ‘we’ll score more than you’ football are long gone.

See if you can get rid of that boring, rigid 4-5-1 and actually get the Newcastle fans on the edge of their seats. A goals total of more than 70 would be a very impressive target.

Get Your Money Back for Joelinton The 2019 transfer window saw a few big-money target men arrive in the Premier League, and none of them have really hit the ground running. Aston Villa’s Wesley and West Ham’s Sébastien Haller have both struggled, but neither have struggled like poor £40m Joelinton.

Get him on the transfer list, get him off the wage bill and see if you can get anywhere near the meteoric sum of money Newcastle paid for him. If you can then you’re a genius.

Get Andy Carroll in the England Squad There was a time when Andy Carroll looked like England’s best hope. His £35m transfer fee when he moved to Liverpool will forever be mocked, but the fact is he is a very good player.

You don’t have to be a footballing god to figure out that injuries have been his downfall, because the talent is certainly there.

See if you can do what no club has ever managed to do; get the big man fit, get 38 league games out of him in a single season and get him back in the England setup. Arch rivals Sunderland have been something of a bogey team for the black and white army in recent years, but 2010’s 5-1 thrashing was as sweet as it gets for a Newcastle fan.

It might take a little while to be in the same league, but maybe a bit of luck in the cup draws could see you pitted against Newcastle’s nemesis. You might even be able to tempt Ameobi back to St James’.